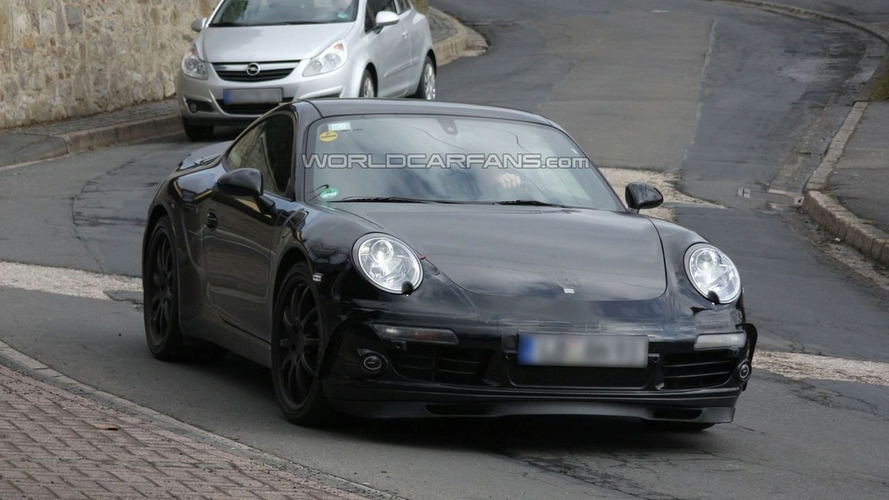 The next-generation Porsche 911 will be more powerful and fuel efficient than current model. Full coverage inside.

With a market launch just around the corner, new details have emerged about the 2012 Porsche 911.

As usual, the 911 will be an evolution of the previous model. Keen-eyed observers will notice new lighting units, Panamera-style side mirrors, and a revised rear wing. A closer look will reveal the car is longer and wider than the 997, but only slightly.

Inside, the cabin will to get a major upgrade thanks to styling elements from the Panamera and Cayenne. Our spies haven't gotten close enough to snap pictures, but trust us, they're trying.

The car will continue to ride on a steel-intensive platform, but several weight saving measures will allow the car to weigh 1370kg (3020 lbs) - 45kg (99 lbs) less than today's model. Porsche has also modified the engine mounting points for improved weight distribution and better handling.

To improve fuel efficiency, all 911s will come with an engine stop/start system and regenerative braking. These additions should allow the Carrera / Carrera S to consume 12% less fuel in city driving.

While a 911 hybrid is expected, eventually, an Autocar source dashed rumors of an EV by saying "We are investigating pure electric drive systems, but no decisions have been made on their production future."