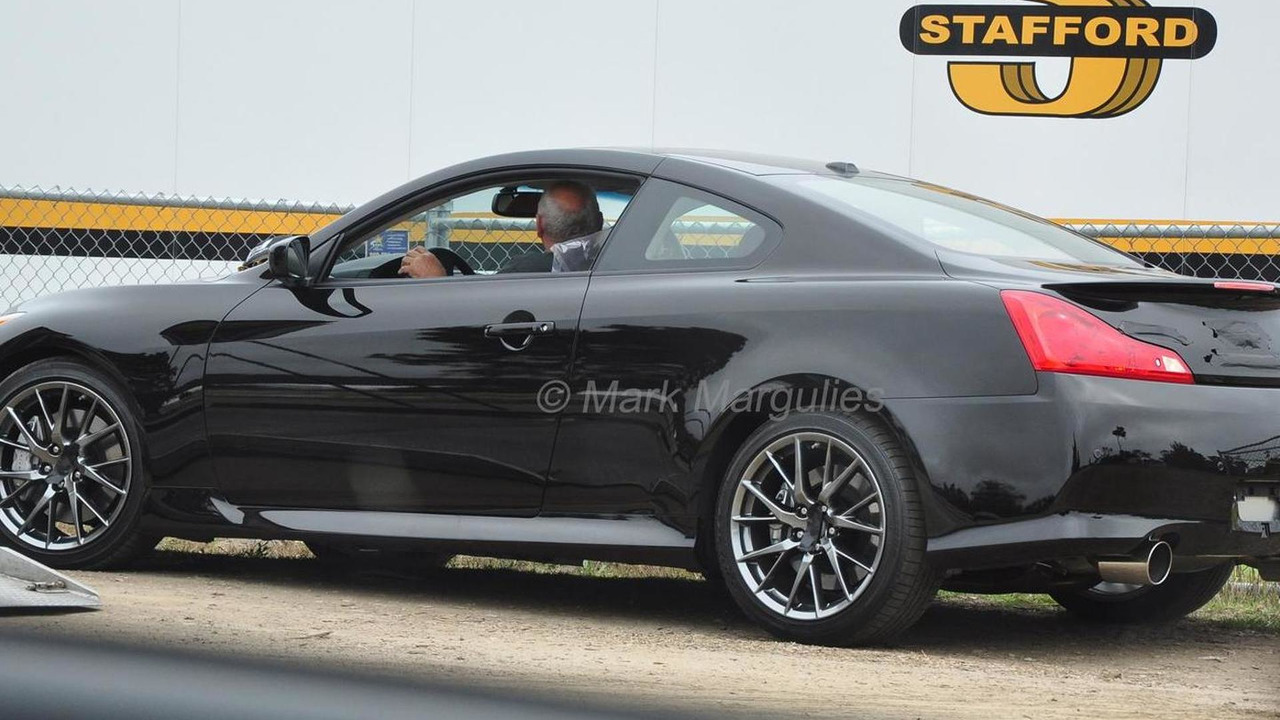 Get the first look of the new performance-oriented Infiniti G37 ahead of its weekend debut, inside.

It looks as though one of our faithful WorldCarFans readers managed to catch several spy pics of the previously-reported "performance-oriented" Infiniti G37.  Back in May, the automaker sent out a teaser image of the car, along with an image of a "volume-oriented" premium vehicle they had planned to introduce at Pebble Beach.

The car in the spy pics has a redesigned front bumper with a new spoiler element, larger air intake with honeycomb black mesh, and an upper half that better joins the styling lines extending past the sides of the hood.  The car also looks to have a new rear bumper, a replacement decklid spoiler, and optional tailpipes and wheels.  The 19-inch wheels are wrapped in Bridgestone Potenza 245/40 tires.

We hope to find out more about the new additions to the Infiniti G37 family before the official August 15 unveiling at the Concours d'Elegance.