Mid-Engined Hyundai Could Be In The Works With 350 HP 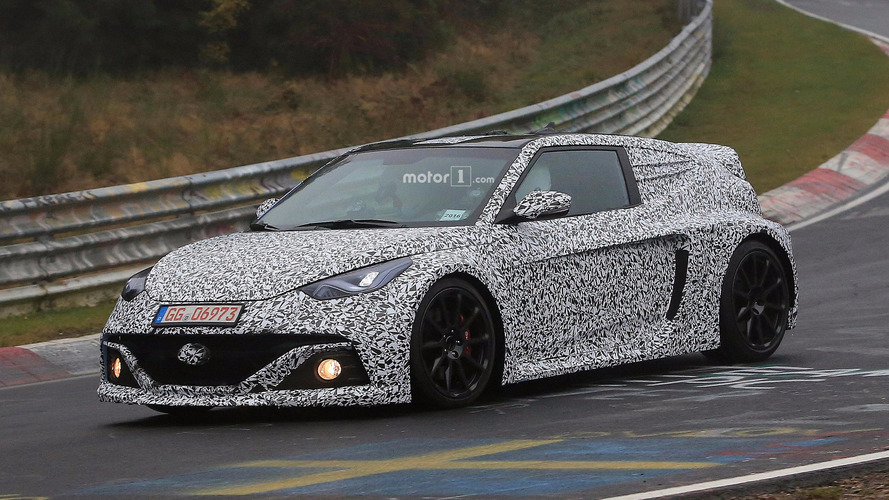 A new Theta III engine will be the source of all that power.

Two-hundred and seventy-five horses is a heck of a lot of power for a Veloster. The high-powered Veloster N made its debut in Detroit, and marked the arrival of the performance brand in the U.S., drawing its power from a 2.0-liter turbocharged inline-four engine. While it may be the most powerful Veloster to date – and one of the most powerful Hyundais ever produced – the Korean marque isn’t stopping there.

According to the outlet Motorgraph, Hyundai is currently developing a Theta III engine that could produce upwards of 350 horsepower (260 kilowatts), depending on the application. That engine will first be introduced on the new Genesis G80 with up to 300 hp (223 kW), and could make its way to the Hyundai lineup sometime in 2019.

While wearing a Hyundai badge, the engine will be designated exclusively for a mid-engined vehicle. The Veloster-based RM16 N concept, which we’ve seen testing on the Nurburgring more than once, could be the most likely candidate… or at least some version of that vehicle.

The new Theta III engine will increase in displacement from the outgoing 2.0- and 2.4-liter Theta engines, to a modest 2.5-liter in the G80. In the mid-engined Hyundai, that displacement will shrink to 2.3 liters, and engineers will bolt on a bigger turbo for added power. Both naturally aspirated and turbocharged versions are of the engine are currently being tested, with front-, rear-, and all-wheel-drive configurations.

Following the i30 N and the Veloster N, Albert Biermann, boss at Hyundai’s high-performance N division, promises that there is at least one more hot vehicle coming from the company. Let’s hope it’s a mid-engined RM model – and let's hope it gets here soon.