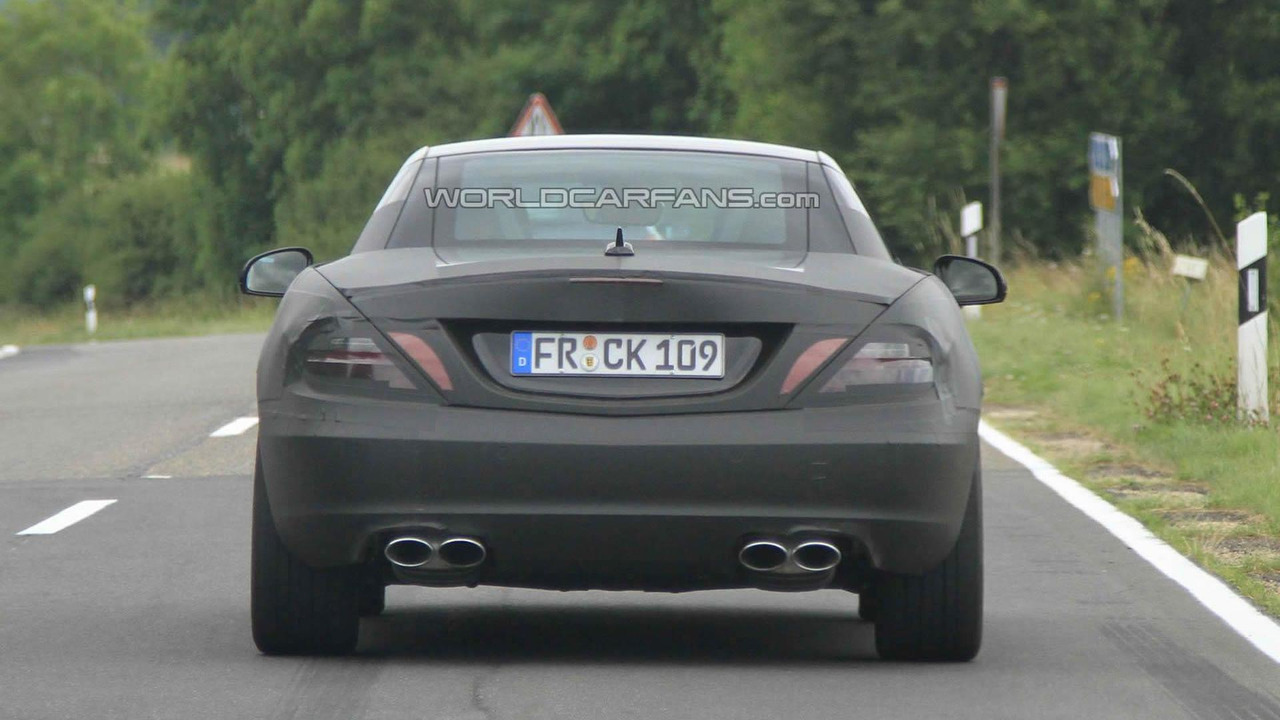 This is one of the most extensive visuals we've gotten of the upcoming next-generation Mercedes-Benz SLK. This near five-minute video shows the SLK doing some testing in the United States escorted by a few big brother Benz models.

The car appears to be wearing Michigan plates although the topography in the video looks a lot more arid than that. The SLK is actually doing some hot-weather testing around Death Valley in the California-Nevada desert region.

As for a performance variant, Mercedes-Benz may want to offer a saucier, more mouth-watering SLK AMG than the current one. Perhaps with a direct-injection, turbo-enhanced V6 with improved power and fuel-economy numbers.

The 2012 Mercedes-Benz SLK is expected to debut sometime next year.