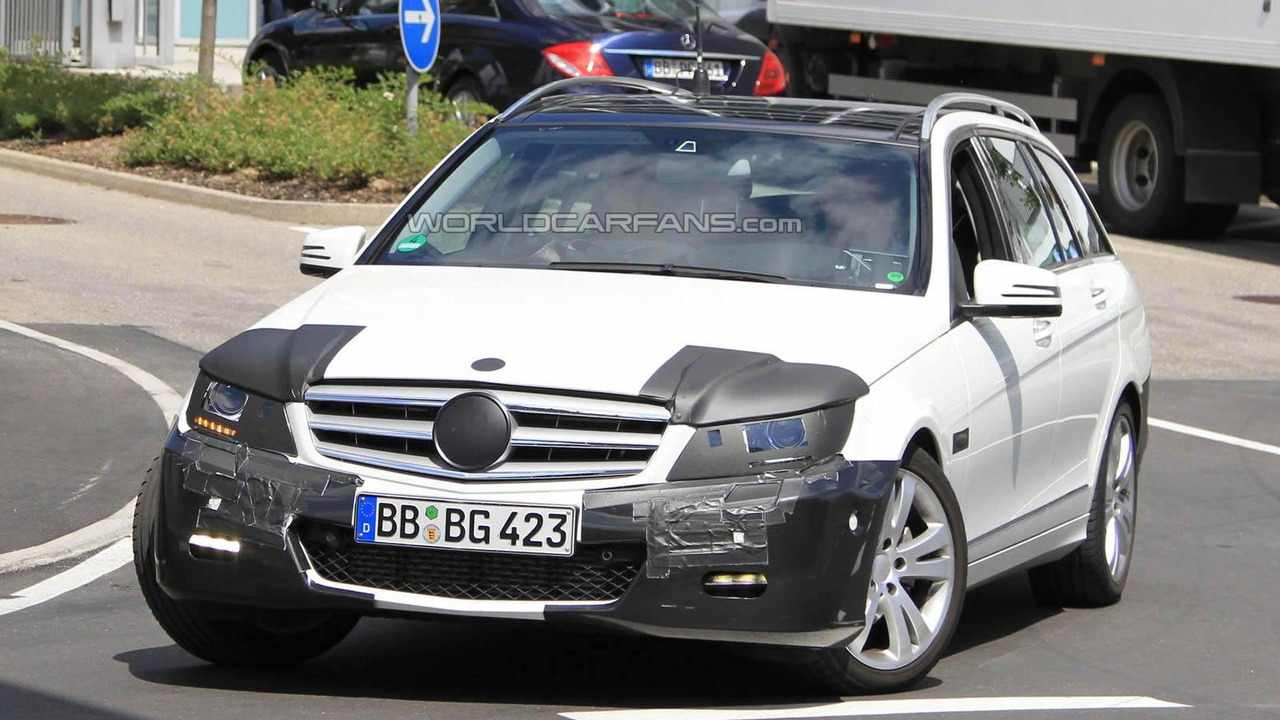 Check out the new pics of the 2011 Mercedes-Benz C-Class Estate, facelifted and due for release later this year.

A new set of spy photos featuring the 2011 Mercedes-Benz C-Class estate have been sent into WCF.  The car was photographed on the streets of Germany while undergoing testing.

Though covered up in quite a bit of camouflage, several important details could be spotted through the black tape.  Amongst them are the new bumper with a redesigned air intake, and more linear headlight clusters.  The car also features quite a bit of LED lighting, seen at the daytime running lights and the turn indicators.

Look for the facelifted 2011 Mercedes-Benz C-Class estate to be released in the near future, possibly at the first media day of the Paris Motor Show on September 30.