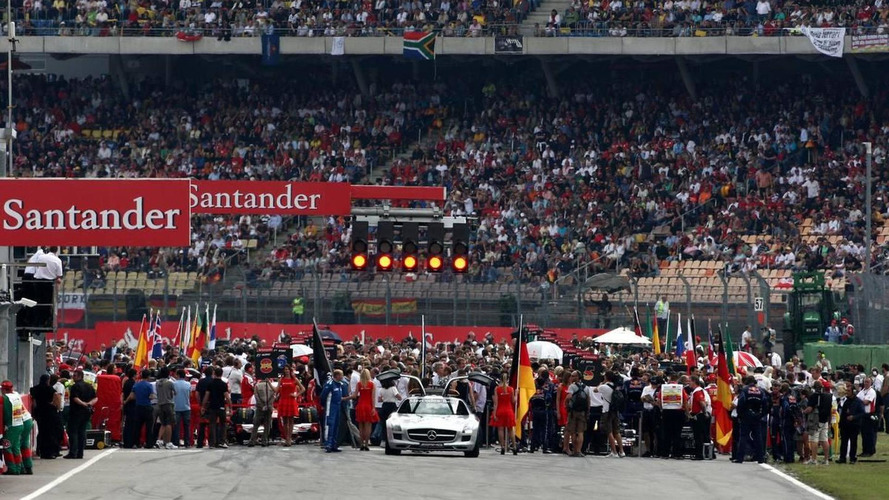 Timo Glock has admitted he is keeping his "eyes open" for a better seat on the formula one grid.

Timo Glock has admitted he is keeping his "eyes open" for a better seat on the formula one grid.

The former Toyota driver is under contract with the struggling new team Virgin for another season, but he has been linked with a possible move to Renault.

"If there is an opportunity at Renault, I don't know at the moment," German Glock, 28, told ITV, amid uncertainty about Vitaly Petrov's future at the Enstone based team.

Adrian Sutil has also been linked with Petrov's seat.

But on a trip to India, the German said: "Force India is the best team to be with currently."

Like Glock, his 2009 Toyota teammate Jarno Trulli also moved to a new team for this season, and technical boss Mike Gascoyne has indicated that Lotus will field the same lineup next year.

"Of course this year is difficult for me to accept but the outlook for 2011 is better," the Italian, who at Spa this month will notch up his 228th grand prix, told Auto Bild.

"I do not want to come to terms with being a backmarker. I accepted that because Lotus has a long term plan," added Trulli.

Elsewhere at the back of the 2010 grid, Bruno Senna is already thinking about next season.

"Do I have a contract for next year?" the Brazilian is quoted as saying in Dutch language reports. "That depends on how you look at it.

"I can't say any more at the moment, except that I want to stay in formula one and have as competitive a car as possible," added Senna.