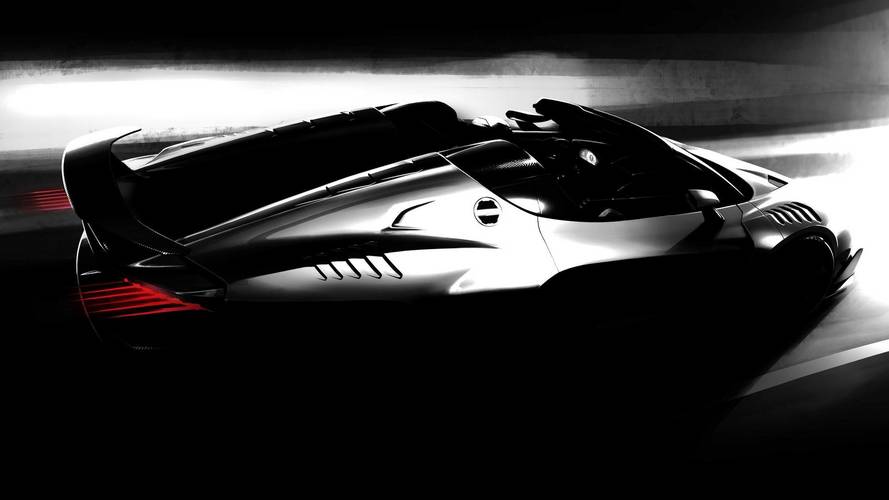 The special supercar will make its debut in Geneva.

Just a few months after it was introduced, the $1.6-million Italdesign Zerouno coupe was completely sold out. The carbon fiber-bodied supercar, which uses an Audi-sourced 5.2-liter V10 to produce 610 horsepower (449 kilowatts) and 413 pound-feet (560 Newton-meters) of torque, is able to sprint to 60 miles per hour (96 kilometers per hour) in just 3.2 seconds, and continue on to a top speed of 205 mph (330 kmh).

But if you missed out on the Zerouno the first time around, don’t worry, Italdesign has just teased the topless version. Scheduled to make its debut in Geneva, the Zerouno convertible should feature nearly all of the same styling cues that made the coupe version such a hit – and similar performance, too.

In the lone teaser image we see the shadowy supercar, sans roof, showing off many of the same design elements found on the coupe. We also expect it to be built in extremely limited numbers. Just five examples of the coupe were built, so a similar allocation should be set for the convertible.

Alongside the debut of the Zerouno convertible in Geneva, Italdesign will celebrate its 50th anniversary in 2018. Commemoration for the 50th anniversary will officially kick off on March 6, 2018 with a press conference at Geneva, a showing at the Turin Motor Show shortly thereafter, and attendance at the Automotive News Europe Congress.

Another element of the anniversary includes Italdesign’s Future Mobility in Cities competition. The tournament was launched today, and asks young designers aged 18 to 35 to imagine future mobility concepts with Italdesign’s "Next 50" philosophy in mind. Winners of the competition will be awarded with prizes totaling €40,000 ($50,000).

More of the Italdesign Zerouno: