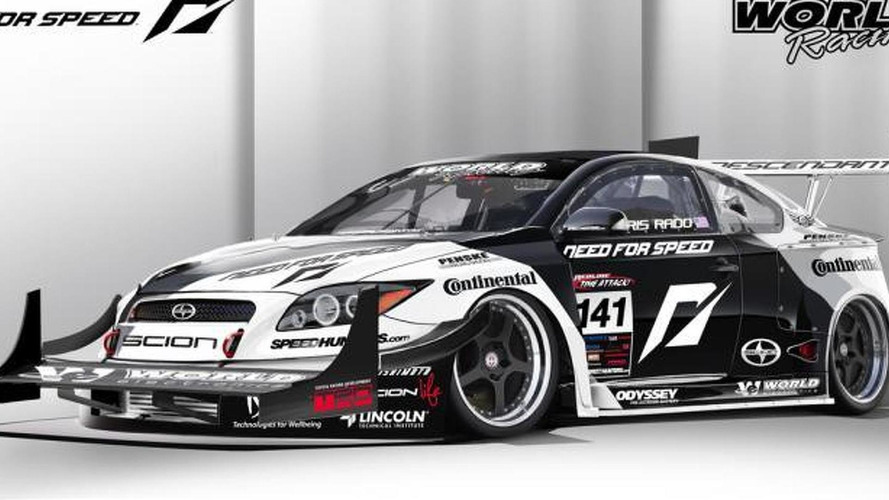 Find out a bit more about the massive 1100 hp Scion tC AWD, inside.

The racing team affiliated with video game the Need for Speed, Team NFS, has developed an 1100 horsepower (820 kilowatt) real life version of the Scion tC.  The Scion tC AWD race car has been custom built by Chris Rado, a driver who previously developed a 899-hp tC for Modified magazine's "Tuner Shootout" cover story earlier this summer.

Rado is approaching 60 career wins as a US-based pro race car driver.  He currently races in NHRA, NSCRA, Pacific Street Car Association, and Full Throttle.  For the Scion tC AWD, the goal was to create a car that excels at providing downforce.

Hopefully, the tC will be featured in the next Need for Speed video game release from EA.  Until then, settle in and watch it race at various circuits, the first being Road Atlanta over the weekend.  Look for the car to appear throughout the 2011 race calendars.