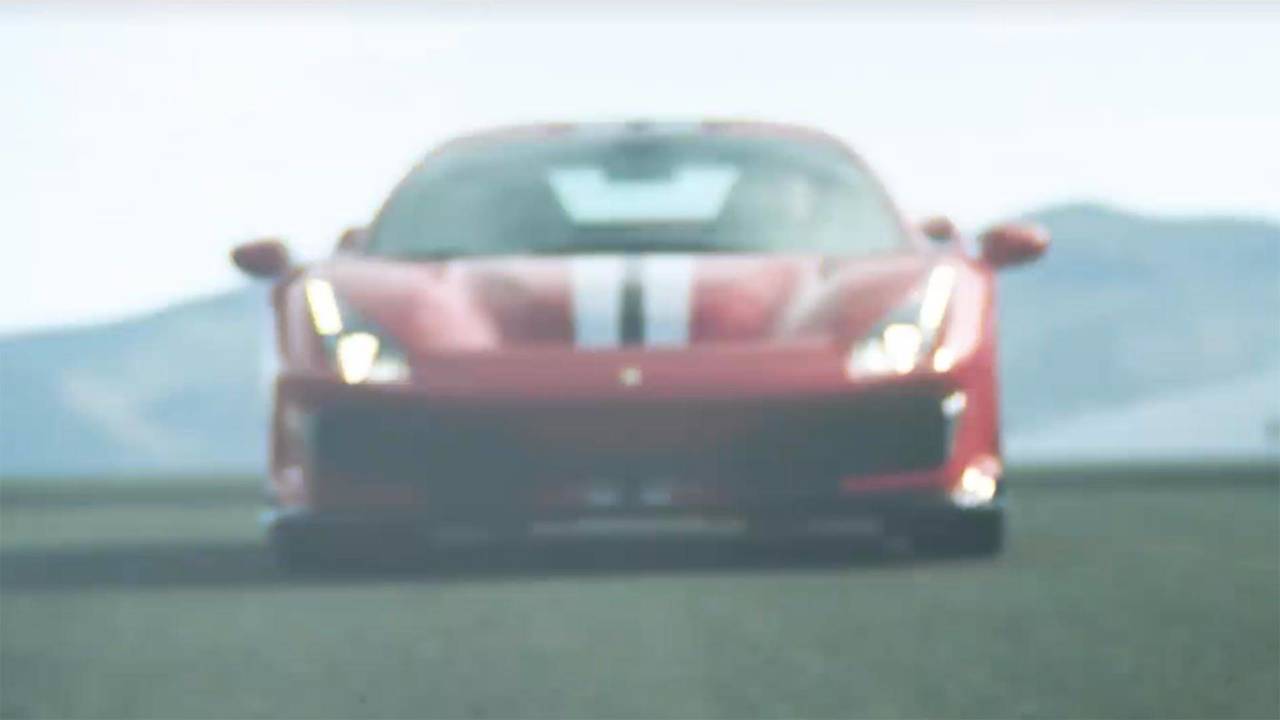 The timing of this video's release suggests the hardcore 488 might debut at the Geneva Motor Show in March.

Ferrari finally officially admits that a hotter version of the 488 GTB is on the way. The company's video teaser doesn't provide any facts about the special series vehicle but provides a few blurry looks at it. Don't expect Ferrari to use a name as boring as 488 Special Series when the update coupe hits the market, though. The company generally applies monikers like Challenge Stradale or Speciale to these models.

The brief glimpses in this clip lend credence to a recent leaked image from a private display of the quicker 488 GTB to the Prancing Horse's wealthy potential clients. The car on display there looks identical to the blurry front-end image in this video. A revised front end features a new lower fascia with two, large openings. This change and other aerodynamic efficiency allegedly boost the model's efficiency at cutting through the air by up to 20 percent.

The mid-mounted biturbo V8 reportedly receives a major upgrade. Rumors suggest the output could rise to around 700 horsepower (521 kilowatts), and it's possible that hybrid assistance could be part of this improvement. Performance would allegedly also see a bump by Ferrari cutting the 488's weight by around 10 percent.

The more hardcore 488 would allegedly debut at the Geneva Motor Show in March, and the timing of this teaser's release offers further evidence that the Swiss event would be the right time to show it. With other limited edition Ferraris as a guide, it wouldn't be surprising if the company already has registered buyers for the entire production run as soon as the new vehicle premieres. If you want one (and can afford the price) don't wait for the debut to place an order.

Despite the 488 Special Series appearing to be ready for the road, Ferrari continues to test it under camouflage on public streets. For example, a member of the Ferrari Chat forum found the video below of the car on the highway.