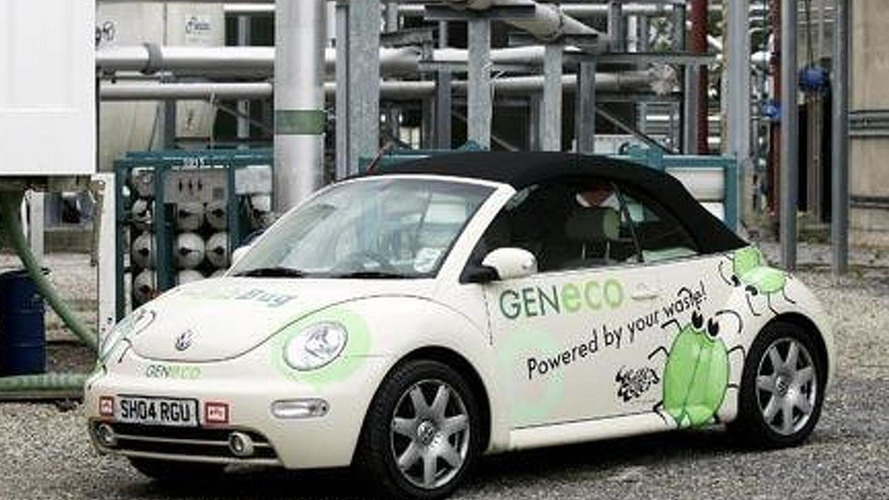 Find out how poop can make the planet cleaner.

They say money talks, and bullshit walks, but crap literally makes this Beetle move.  Converted to run on methane gas produced by human excrement, the Volkswagen Beetle cabrio can maintain a top speed of 114 mph (183 km/h).

Called the "Bio-Bug", the 2.0-liter car performs just as well on methane as on conventional fuel, according to Mohammed Saddiq.  Saddiq heads up GENeco, a firm in Bristol, England, that specializes in sustainability and organic waste.

”Previously the gas hasn’t been clean enough to fuel motor vehicles without it affecting performance," he said.  ”However, through using the latest technology our Bio-Bug drives like any conventional car and what’s more it uses sustainable fuel."

To maintain the Beetle's performance, regular unleaded petrol fuel is used to get the engine going.  Once it has warmed up, the car automatically begins using the refined methane.

"If you were to drive the car you wouldn’t know it was powered by biogas as it performs just like any conventional car."

The Bio-Bug travels 5.3 miles per cubic meter of biogas.  The company says one facility could provide for 95.4 million miles of automobile transportation annually, reducing CO2 emissions by 19,000 tonnes.