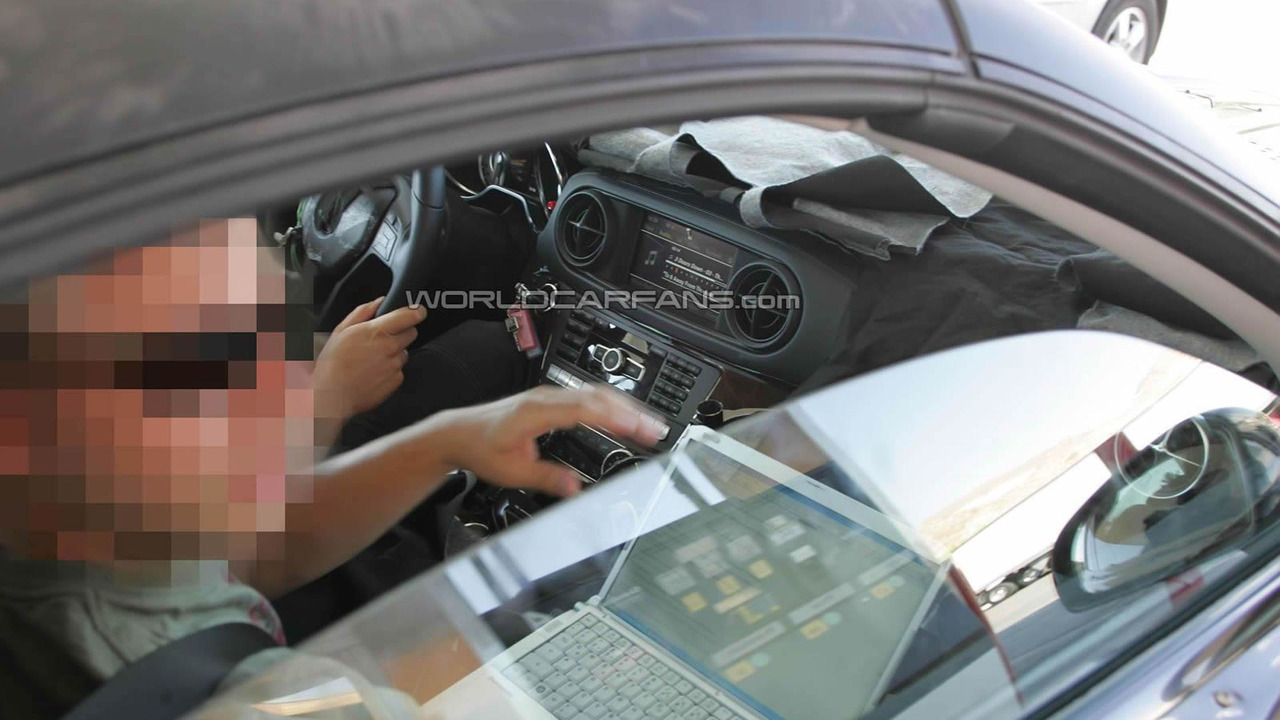 These are the latest spy shots of the next-generation Mercedes-Benz SL-Class - and this time we get an up-close look at the interior.

Although the inside of the cabin is still cluttered with its own camouflage and the equipment of Mercedes-Benz's test engineers, we do get a very good look at the center console and it's on-board screen. You can almost read what song is playing on the stereo system.

Looking closely at the first picture too, you can even get an angled glimpse at the instrument cluster behind the steering wheel.

The car was caught doing its hot-weather testing in Death Valley, U.S.A., a desert which straddles the California and Nevada border. It's still wearing heavy camo that makes it look more like something from an 80s Mad Max movie than a car set to debut as a 2013 model sometime in the next couple of years. Hopefully, we'll get a less obstructed view of it before then.