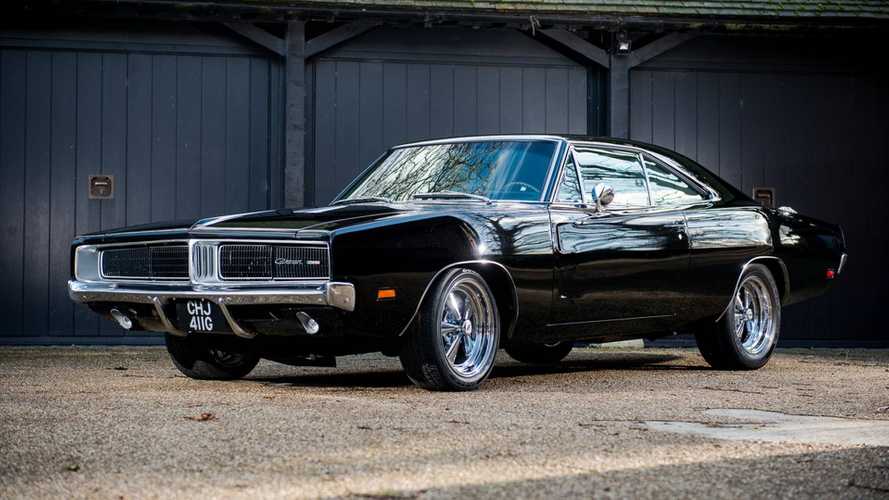 The 1969 Dodge Charger once owned by Bruce Willis and Jay Kay is to be sold by Silverstone Auctions at Race Retro on February 24.

Offered for sale for the first time in the UK, a 1969 Dodge Charger previously owned by action hero Bruce Willis and Jamiroquai front man Jay Kay is going under the hammer on February 24, during the Silverstone Auctions Race Retro Classics Car Sale.

Donning an imposing gloss black paint scheme and harboring a leather interior fitted by Jay Kay to improve the cabin, almost identical to the villain’s Dodge Charger in the iconic 1968 film Bullitt, the specifications list showcases many parallels between this example and the cult vehicle from cinema’s greatest car chase.

I have just been informed that the current interior of the car is not "original" (as stated in the press release), but was actually installed while Jay Kay made improvements to the car.

Gifted to Willis by his first wife Demi Moore, the Die Hard actor had custody of the Charger for a decade before Jay Kay purchased the vehicle and imported it to the United Kingdom.

Any 1969 Dodge Charger is worthy of investment, regardless of celebrity ownership. One of the rarest and most popular model years, the majority of production examples were sourced, bought and trashed during the 145-episode production run of The Dukes of Hazzard. Now an icon of popular culture, thanks to appearances in a wide array of cult films, 1969 model year examples command a far higher premium. Top Gear’s Richard Hammond owned one back in 2003.

The comprehensive history file includes documentation and numerous receipts for work carried out upon arrival on British soil. Jay Kay spent £25,000 (about $34,800 at today's exchange rates) having the engine rebuilt and upgraded, part of an improvement package to create an American muscle car as close to perfection as possible. The result? A Dodge that charges as good as it sounds.

"What can we say about this amazing car! Aside from the fact that it has been enjoyed by two massive global mega-stars – Bruce Willis and Jay Kay – it is also an unbelievable example in its own right. Indeed, its star-studded celebrity past will attract interest from bidders around the world, who will also appreciate that it is one of the best examples of a 1969 Dodge Charger ‘Bullitt’ spec model currently available to buy."

A rather forceful 8.2-liter V8 engine, mated to a 3-speed automatic gearbox, lurks under the commanding bodywork and will happily eat through the scenery as fast as it can fuel. Estimated to sell between £50,000 and £60,000 (about $69,600 and $83,500), the sale of this particular Charger will be one of the highlights of the Race Retro weekend, considered to be one of Europe’s most prestigious historic motorsport weekends on the show scene calendar.

Held at Stoneleigh Park in Warwickshire, England, you can find out more information on the Silverstone Auctions website.