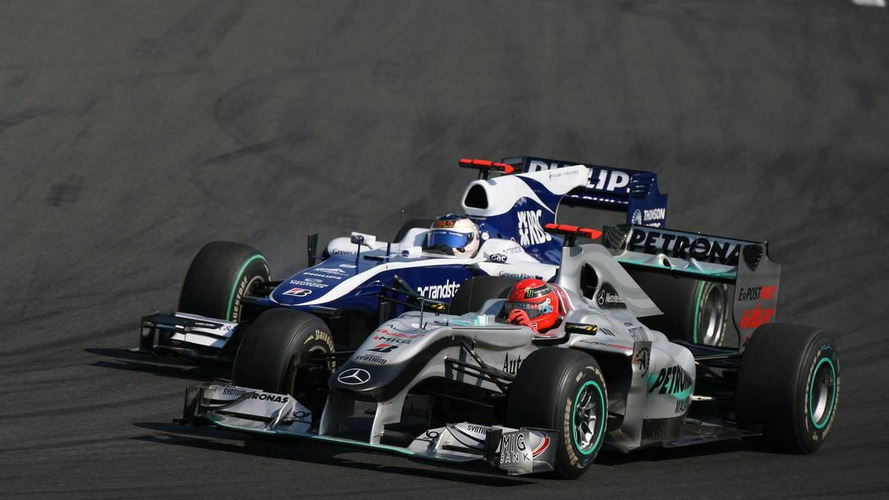 Ultimately, the seven time world champion was handed a post-race ten-position grid penalty for the next event in Belgium, after pushing his former Ferrari teammate Rubens Barrichello towards the pitwall in a 290kph overtaking duel.

"By the time we got the video evidence we ran out of time and we had to do it retrospectively," added the veteran of 162 F1 races mainly in the 80s.

Schumacher apologised for the incident on his website on Monday, but Warwick admitted it was "disappointing" how the 41-year-old German "handled" his interview with the stewards after the race.

"You could disqualify him from the next grand prix, or two grands prix," said the 55-year-old.

"But we felt a ten place penalty is a big penalty to carry for Spa. Hopefully he will learn from that and remember that the new stewards will not tolerate that driving," added Warwick.

David Coulthard wrote in his latest Telegraph column that he thinks Schumacher used to get away with his famous "arrogance" because he was a winner.

"Now that he is being regularly shown up by his younger teammate, such lapses of character will not wash," said the Scot.

"Until he made his apology, the calls for him to quit immediately were shrill," added the Scot. "I wonder whether his mea culpa will make any difference."