Well, that didn't take too long.

Hyundai hasn’t even properly revealed the fourth-generation Santa Fe – you’ll have to wait until February 21 - and yet already someone has decided to imagine a performance version of the overhauled seven-seat SUV. The South Korean marque is just getting started with its go-faster N models by kicking things off with the i30 N that was followed shortly by the Veloster N. Recent spy shots have shown the more stylish i30 Fastback will also get the full-on N treatment, but will there ever be an N-branded SUV? 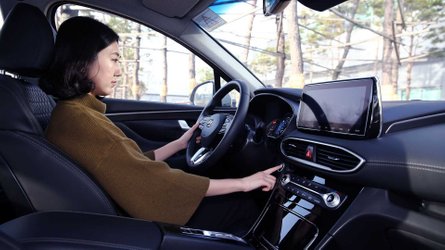 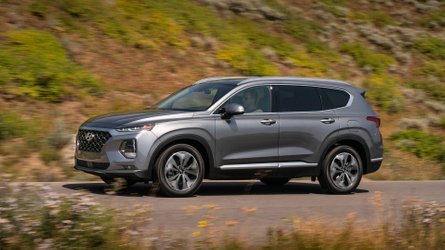 The answer would have to be yes as N division boss Albert Biermann revealed back in October last year there are plans for N versions of the Kona and the Tucson. That being said, these are not a priority at the moment, which means the hotter derivatives are unlikely to come out in the foreseeable future. As for a Santa Fe N, it’s too soon to say whether it will get the proverbial green light, but we wouldn’t hold our breath since Hyundai has bigger fish to fry.

Even if it won’t get the stamp of approval, it’s interesting to see how the revamped midsize SUV would look in the full N attire, with a slightly more aggressive body finished in the now familiar Performance Blue with contrasting red accents. Bigger wheels, enlarged brakes, and a lowered ride height have all been neatly integrated into this speculative render showing what probably won’t ever happen.

Should Hyundai surprise us and come out with a Santa Fe N, it will certainly need more than the 275 horsepower available in the current N models taking into account the SUV is going to be much heavier than the hatchbacks. It is believed the engineers are working on a new Theta III gasoline engine that will produce as much as 350 hp, so that would be a suitable candidate to propel the amped-up Santa Fe.

On a related note, Hyundai South Korea has released a teaser video previewing the Safe Exist Assist system of the new Santa Fe: