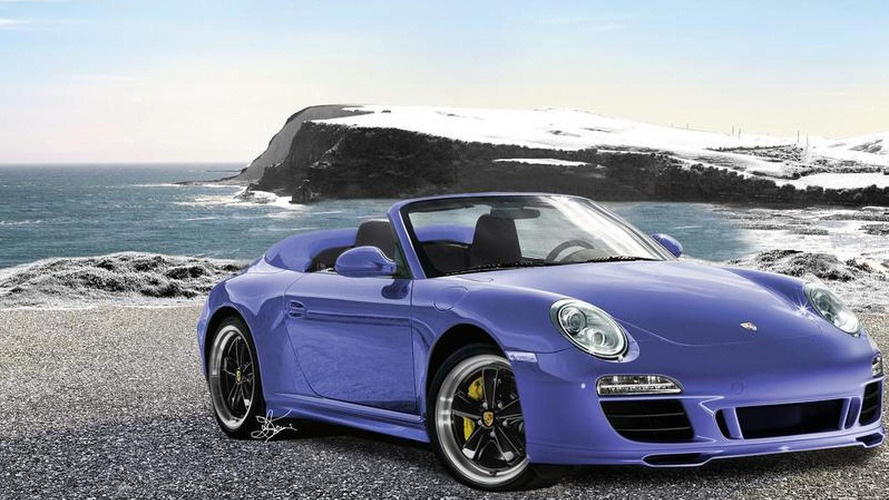 Check out a new set of renderings, and find out what we know, of the 2011 Porsche 911 Speedster.

Our thanks go out to WorldCarFans member porschecarreragtmay6, who has sent us a new set of renderings featuring the 2011 Porsche 911 Speedster.  The artist based his drawings on a few spy shots of the car presented by AutoWeek.

By e-mail, he said, "There are plenty of spyshots of the 911 Speedster ... and it looks like it will have the bodywork of the Sport Classic."

The artist gives us a nice, imaginative look of the Speedster, by using an interesting body colour that is matched by the roof cover.  He touched up the front bumper quite a bit, changed the brake caliper color to yellow, and revised the side sills.  He also cleaned up the five-double-spoke wheels, giving them larger, shinier rims.  The car is expected to have standard equipment like ceramic brakes, active suspension, and a widebody package.

Big thumbs up to porschecarreragtmay6.  Check out the Teamspeed.com source link below for many more amazing Speedster renderings.