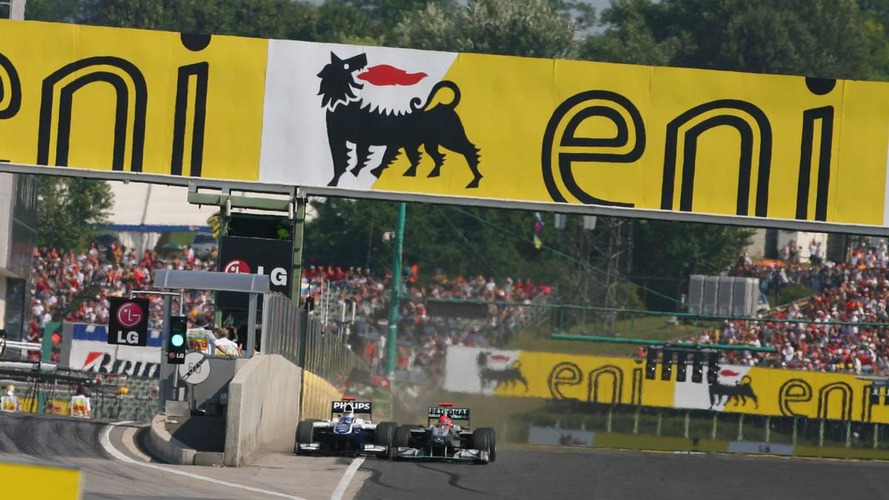 In the eyes of the foreign language media, Michael Schumacher was the bad-boy of Sunday's Hungarian grand prix.

In the eyes of the foreign language media, Michael Schumacher was the bad-boy of Sunday's Hungarian grand prix.

In English, British tabloids called for the 41-year-old to return to retirement after pushing his former Ferrari teammate Rubens Barrichello towards the pitwall at the Hungaroring.

And even the Daily Telegraph said the Mercedes driver's "arrogance can no longer be tolerated in formula one".

In Italy, La Gazzetta dello Sport said the German finally "went too far" with the violent defence of tenth position.

"The arrogant Schumacher showed no remorse but is the same as ever; never his fault. It was a miracle that this manoeuvre did not end badly."

The Italian sports daily referred to the fact that the seven time world champion is an ambassador for the FIA's road safety campaign.

"A little advice for those starting their holidays; if someone tries to overtake you, please to the exact opposite of what the celebrated ex-champion did in Hungary."

"Barrichello just avoided crashing into the wall and landing in hospital, if not worse," added the report.

Corriere della Sera added: "Schumacher the villain, as he has always been."

Spain's sports newspaper Marca said: "Schumacher's return to formula one is one of the darkest chapters in the history of the sport."

At the same time, Schumacher posted an apology on his website, after viewing replays of the incident.

"I have to say the stewards were right in their decision. My move against him was too hard," he said.

"I clearly showed him that I didn't want to let him pass but, looking at it rationally, I wasn't seeking to endanger him (Barrichello) with my manoeuvre.

"If he feels I was then all I can say is sorry, this wasn't my intention," he added.