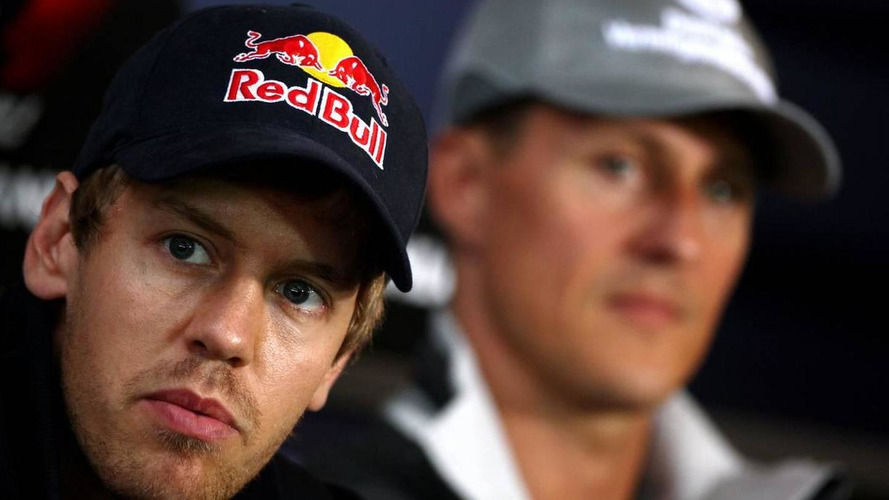 The FIA stewards at the Hungaroring have docked the seven time world champion ten places on the Spa-Francorchamps grid after investigating the incident.

"It was a hard fight, and this is what we are here for, but I accept that the FIA stewards saw it as too hard," said the Mercedes driver.

And team boss Ross Brawn added: "We don't necessarily agree with their decision but we do accept the penalty."

Lauda said on RTL television: "To endanger another competitor in such a way is totally unnecessary.

"I cannot understand why he does those things," added Lauda, a former triple world champion.

The great Austrian also commented on Sebastian Vettel's drive-through penalty that cost him victory in Hungary.

Lauda believes the Red Bull driver should have immediately accepted the blame for falling too far behind the safety car, after initially gesticulating angrily from the cockpit and then explaining that he didn't know why he was penalised.

Vettel told reporters that he didn't see the safety car lights go out, and that his radio was intermittently not working during the race.

"It is important in such situations to say to yourself and everybody: I screwed up. End of story," said Lauda.

At the same time, Red Bull team boss Christian Horner denied it had been a ploy to give Mark Webber space so the Australian could race into the distance on a different strategy.

Asked whether it had been Ferrari, whose Fernando Alonso was right behind Vettel, that had complained to the stewards about Vettel, Horner explained: "I am sure they did.

"But the rules are clear and the drivers know it well. The penalty is hard, but that's the rules," added the Briton.