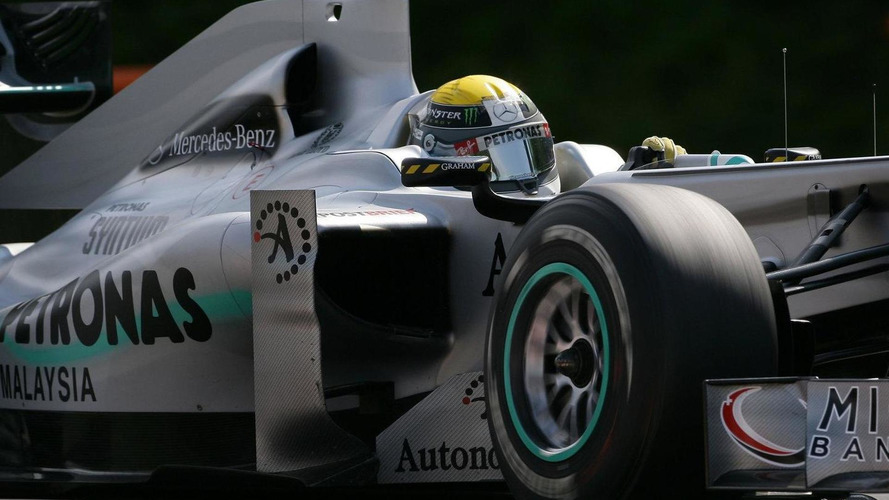 A Williams mechanic was knocked unconscious in a pitlane accident on Sunday.

A Williams mechanic was knocked unconscious in a pitlane accident on Sunday.

Nigel Hope found himself in the path of the loose wheel that came off former team driver Nico Rosberg's Mercedes car during the Hungarian grand prix.

Hope, a team truck driver, was reportedly knocked unconscious in the incident and was taken to the medical centre.

It is believed he suffered a broken rib, but he bravely returned to pitstop duty after returning from the medical centre.

"After I heard that my tyre hit 'big Nige', I was more concerned about my tyre than him!" joked Rosberg.