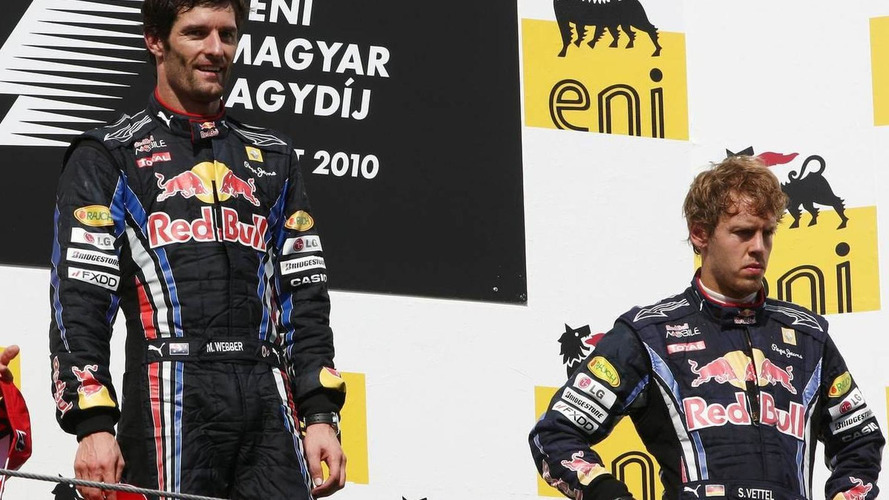 Sebastian Vettel moved up a place in the drivers' world championship on Sunday, but he ended the race with a long face.

While serving a drive-through penalty, the young German gesticulated wildly from within the cockpit of his dominant Red Bull.

"I know you're upset, but take a deep breath," said his engineer on the radio as he returned to the pits with third place.

The penalty was for dropping too far behind the safety car at the restart.

"At the start I was sleeping," said Vettel. "I was caught out but I don't really understand why I got the penalty. I am obviously disappointed.

"It would have been a walk in the park today," the unhappy 23-year-old added.

"It's very clear in the briefings and the driver meetings what to do. Unfortunately he dropped too far back," the Briton said on the BBC.

Vettel's teammate Mark Webber took the win, admitting Vettel's gaffe was "a bit of a gift but I haven't had many; I'll take this one," said the Australian, who contested his 150th grand prix in Hungary.

The delighted Webber takes a four-point lead in the drivers' world championship, after former leader Lewis Hamilton's McLaren broke down.

The result means just 20 points - less than a single race victory - now separates the top five title contenders, including Fernando Alonso, who held off Vettel for second place on Sunday, and Jenson Button.

The next race takes place at the end of August, including a mandatory two-week factory shutdown for all teams.