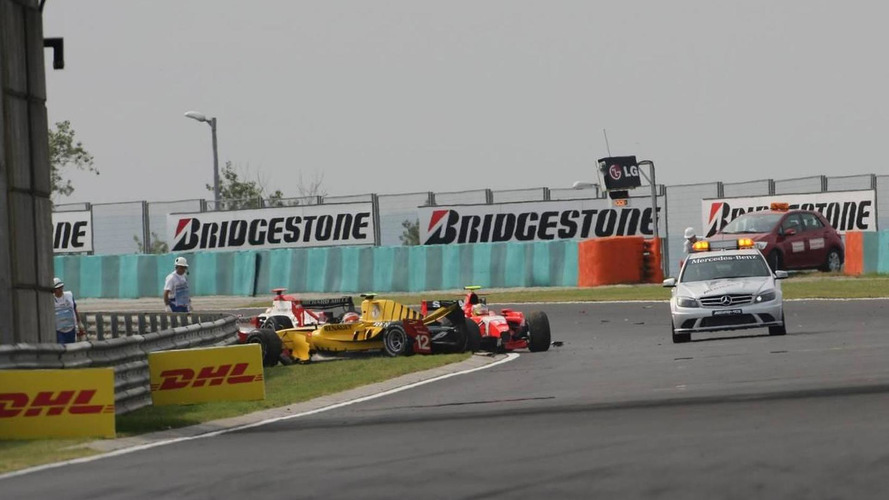 Ferrari development driver Jules Bianchi was injured in a crash at the Hungaroring on Saturday.

Ferrari development driver Jules Bianchi was injured in a crash at the Hungaroring on Saturday.

The 20-year-old Frenchman, who is managed by Felipe Massa's manager Nicolas Todt, spun his ART car at the start of the GP2 race, which took place shortly after the F1 qualifying session.

He was struck nose-first by the Renault test driver Ho-Pin Tung, and taken to the AEK hospital, where Massa last year recuperated after his horror qualifying crash.

Ferrari, having signed Bianchi on a multi-year contract last year, revealed that a vertebrae fracture will keep him "out of action for quite a long time".

Bianchi, who occasionally tests older Ferrari F1 cars, "will not be back in the cockpit until he has fully completed his rehabilitation programme", added the Italian team.