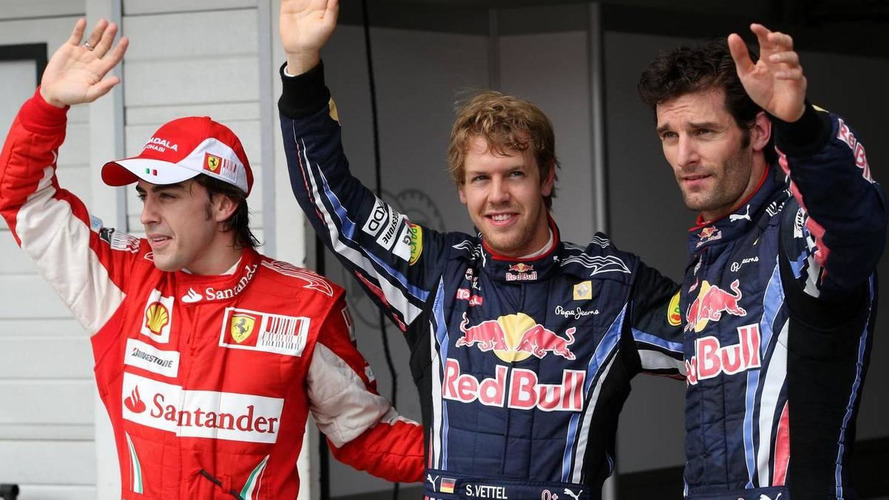 Red Bull's dominance had seldom looked stronger than on Saturday in Hungary, with the two RB6s easily locking out the front row of the grid.

"The track suits the car well, with not many straights and lots of corners which is perfect for us," team boss Christian Horner told the BBC.

Mark Webber trailed his teammate and pole sitter Sebastian Vettel by a significant half a second, but the Australian was still eight tenths clear of the next-best car; a Ferrari driven by Fernando Alonso.

"We did our job which is to be best of the rest," said the Spaniard and Hockenheim winner.

"There is a big gap between Red Bull and us, so hopefully tomorrow we can make it a more difficult race for them because so far it has been too easy," added Alonso.

A key moment will be the start, after Vettel lost his pole position to the Ferraris before he got to the first corner a week ago in Germany.

"We found a problem from last week so hopefully we can have a normal start tomorrow," said the German.

The highest placed McLaren on the grid is Lewis Hamilton in fifth, but the MP4-25s are approaching a worrying two seconds off the pace this weekend.

"To be the first of the fixed-wing vehicles is something. That's how we feel at the moment -- perhaps it's time for some clarification," said team boss Martin Whitmarsh, still annoyed that the front wings on the Red Bulls and Ferraris are visibly flexing towards the ground.

So obvious was Red Bull's flexing on Saturday that mechanics used sandpaper to smooth out the scuffed bottoms of the endplate sections.

"The regulations are clear," argued Horner. "There is a clear FIA test the cars have to pass; we're happy the car complies."