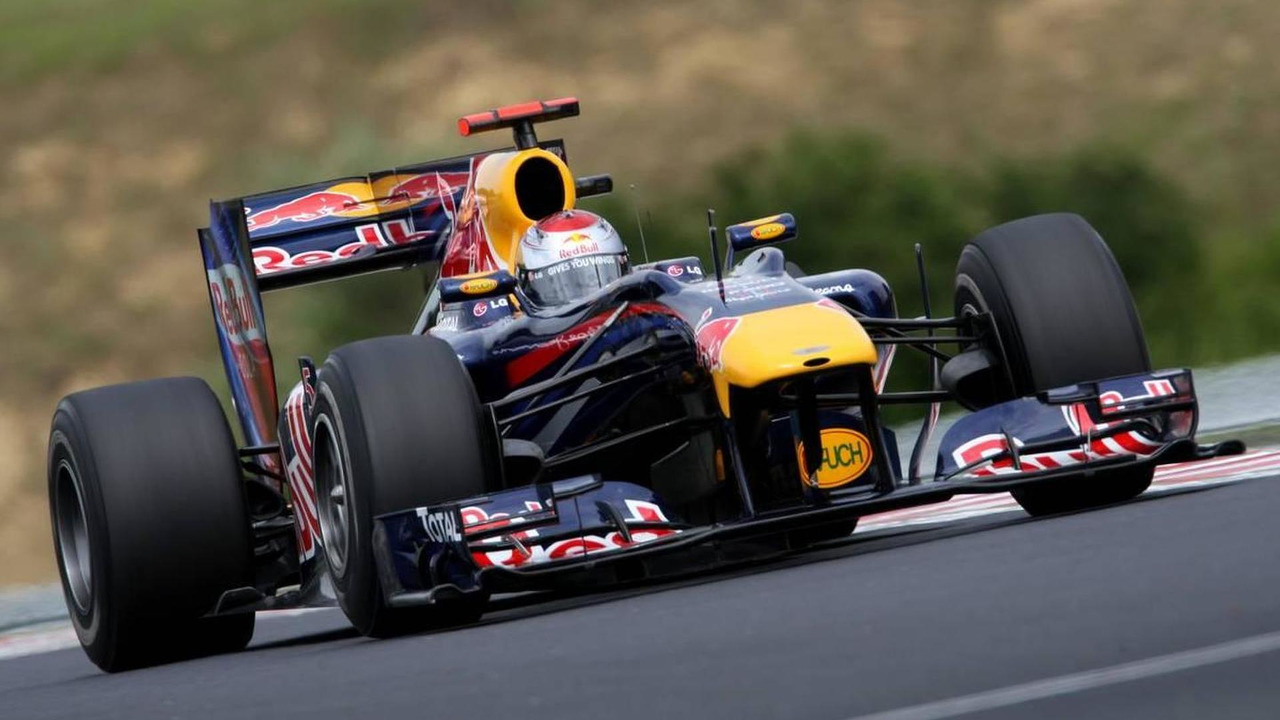 Red Bull's RB6 "looks excellent" on the twisty curves of the Hungaroring, according to Christian Klien.

Red Bull's RB6 "looks excellent" on the twisty curves of the Hungaroring, according to Christian Klien.

After the dark blue cars were a full second per lap clear of the field in the morning session, Sebastian Vettel maintained his lead in the afternoon but the gap was reduced by five tenths to Hockenheim winner Fernando Alonso's Ferrari.

"It's a track on which you need maximum downforce," Austrian Klien, who attends races as one of HRT's four contracted drivers, told German Sky television.

"The Red Bull has a lot of downforce and also very good traction, which are the things you need here," he added.

Klien, 27, is seeking a return to the F1 grid, and is likely to get a race or two at the wheel of the Hispania car this season.

Beyond that, he is eyeing the best possible vacancy for 2011.

"The best place is certainly Renault's, absolutely," he said, "also Sauber. There will be some movement as well with the new teams, but there are not too many places."

Russian pay-driver Vitaly Petrov is under pressure to keep his Renault seat alongside Robert Kubica, but he put in a noteworthy effort on Friday by outpacing his teammate for fifth fastest.

"If we see Vitaly doing well every race and if we do believe he is catching up quickly enough in terms of learning, he will be with us next year," team boss Eric Boullier said in Hungary.

"We have a lot of drivers chasing us but we will see. I want to give Vitaly the support he needs to deliver, so we will wait as long as possible.

"If he doesn't deliver now, then maybe we will make the decision earlier," added Boullier.