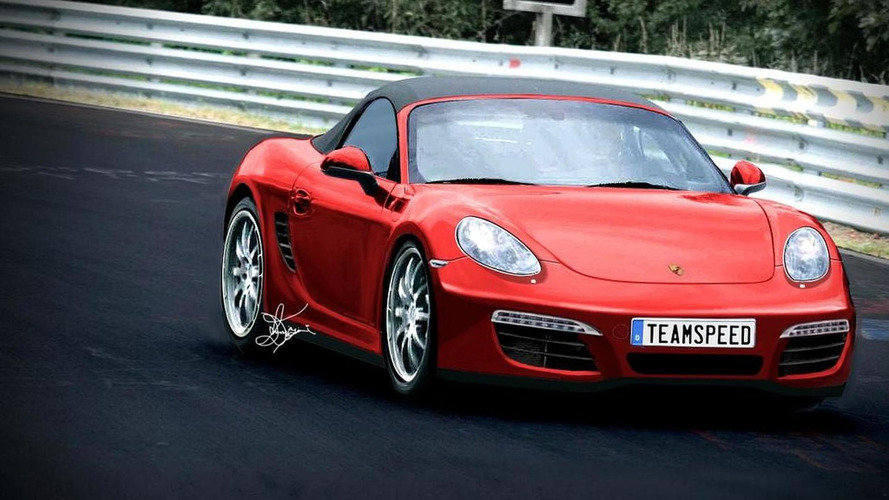 Check out the latest rendering of the next generation 2012 Porsche Boxster S, inside.

WCF reader porschecarreragtmay6 has sent us a new rendering of the 2012 Porsche Boxster S.  Although the image has a few rough spots, overall the illustration is fantastic.

In a post to Teamspeed.com forums, the artist was working with the impression that the front end would be rounder, with new air intakes, and bigger panels to make "the car longer and wider."  He added LED daytime lights, a redesigned rear spoiler, and a new front spoiler.

Called the 981 inside Porsche offices, the next Boxster will attempt to hit sub-180 grams of CO2 emissions per kilometer.  As such, they may use a three-cylinder engine with a turbo charger to deliver around 250 horsepower (186 kW), similar to the 2.9-liter flat-six already in use.

Naturally, a larger, more powerful engine would be available on the next Boxster S.  That engine could kick out 320 hp (239 kW), slightly more than the current 3.4-liter flat-six.  A redesigned seven-speed PDK transmission will also be on offer.

Thanks again, to porschecarreragtmay6 for providing us with the latest drawing.  Keep 'em coming!