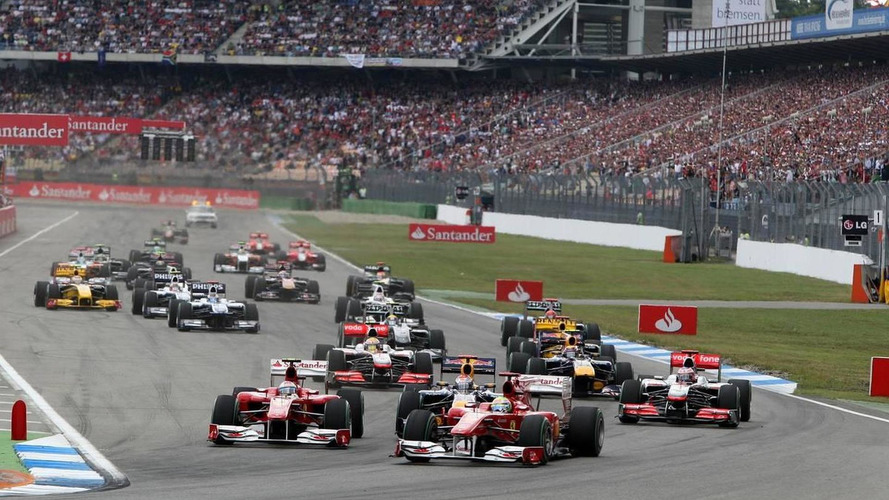 For Sebastian Vettel, his problem came between the Friday practice sessions, when his Renault V8 with high mileage was replaced after an oil sample was tested.

Mark Webber, meanwhile, had to reduce his speed in the second half of the race because the supply of oil from an auxiliary tank was not working.

"I was happy to just get to the finish," said the Australian, who finished sixth.

He believes Red Bull's raft of reliability problems are due to the team's unique winter strategy.

"It was our strategy to only show our final package on the very last day of testing. So we were down on kilometres to guard against all those sorts of issues," said Webber.

Another problem has been the difficulty to convert pole positions to good race starts.

Vettel squeezed Fernando Alonso against the pitwall at the start at Hockenheim, only to be also beaten to the first corner by Felipe Massa's sister Ferrari.

"They were definitely not the best starts," admitted team boss Christian Horner, also referring to Webber's start in Germany.

"It has happened to us several times this season," he added.