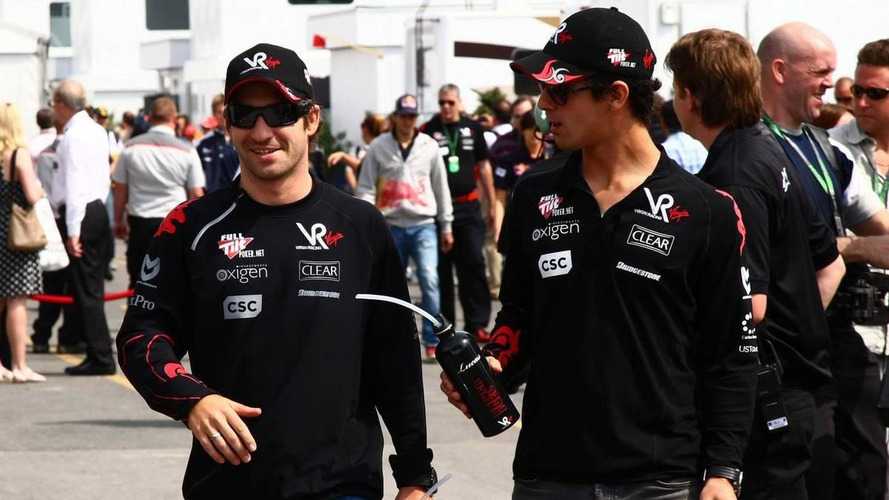 Lucas di Grassi has survived an uncomfortable gaffe within the Virgin team.

Lucas di Grassi has survived an uncomfortable gaffe within the Virgin team.

After the Hockenheim race, the team's press officer Tracy Novak reportedly presented both the Brazilian rookie and his teammate Timo Glock with proposed official quotes for the media release.

The normal practice in the team is for the drivers to make proposed changes in writing, before reporters receive the release by email.

Motorsport-total.com reveals that although it was probably a prank, di Grassi, 25, amended German Glock's official comment.

The quote received by the media read: "It was a difficult start to the race as Lucas overtook me in a brilliant move".

Glock said: "When I read it I was very surprised -- I can guarantee I didn't say it."

The German report indicates that Virgin did not see the funny side either, particularly after di Grassi retired from the race due to hitting a kerb too hard.