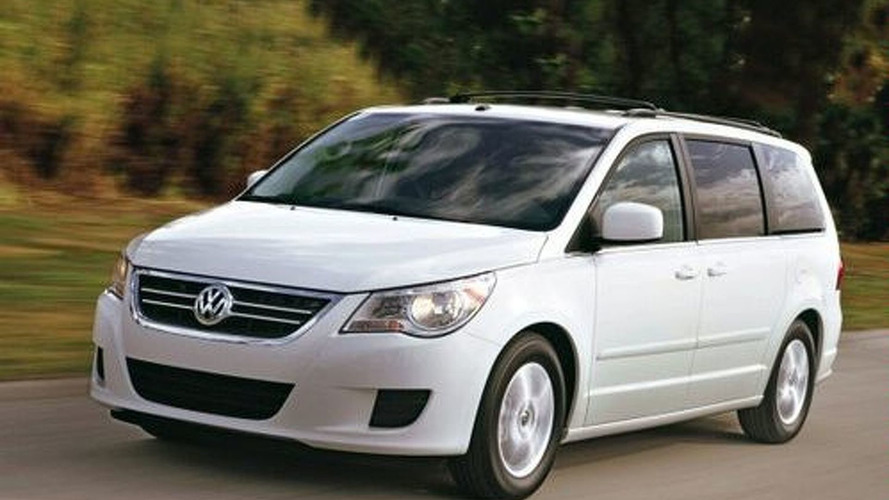 Based on the Dodge Grand Caravan, new VW Routan's pictures have leaked; check out the new "VW" minivan here!

If you saw a brandâ€™s vehicle with another brandâ€™s badge, what would you call it? If you donâ€™t have the faintest idea, you may have to make a decision as soon as you see the new VW Routan, whose first pictures leaked and were first shown in Autobild.de.

Although it brings a different grille and, as we have informed when we published its spy pictures, a different backdoor, with invading taillights, it is basically a Chrysler Town & Country or a Dodge Grand Caravan (you choose). It will be made in the same plant, in Windsor, Ontario, Canada, and will even share the engines with its Chrysler/Dodge siblings. Its base engine will be the 3.8 V6 that generates 197 hp and the optional 4.0 V6, which counts on 253 hp to move the new VW minivan ahead. The 3.3 V6 delivering 175 hp will not be offered by this new â€œVWâ€. There has been no word on the press release about when it will be available for customers, but you may expect that to happen in September.

Since the German automaker intends to have the Routan as a real Volkswagen, it states the minivan has been extensively changed in what relates to finish, with high quality materials, and handling characteristics, with a different touch to the suspension. If the changes have made any difference is something the readers that can check it personally in Chicago and ourselves will only have how to answer in the near future.

Volkswagen has already rebadged other carmaker products, such as the VW Taro, based on the Toyota Hilux, and the VW Apollo in Brazil, based on the Ford Verona. In both cases, results were not as good as expected. Perhaps the Routan can change this routine.