Chandhok hoping to return to HRT seat in Belgium 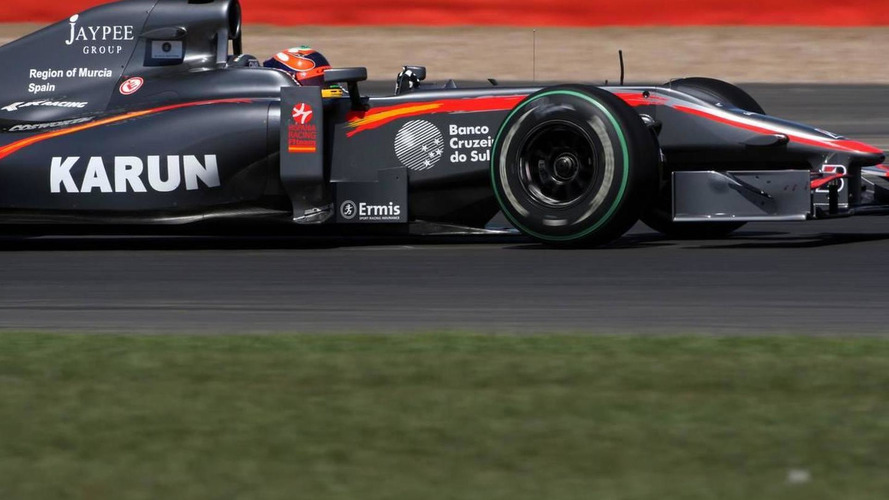 Karun Chandhok has now turned his eye to next month's Belgian grand prix as he prepares to sit out a second consecutive F1 race.

Karun Chandhok has now turned his eye to next month's Belgian grand prix as he prepares to sit out a second consecutive F1 race.

The Indian rookie will nonetheless travel to Hungary this week, to reprise the British radio commentary duties he had to settle for at Hockenheim last weekend.

Chandhok, 26, was sidelined in Germany due to HRT's Japanese test driver Sakon Yamamoto reportedly having more sponsorship to offer the struggling Spanish team.

Hispania has now confirmed that Yamamoto will continue to be Bruno Senna's teammate in Hungary.

"They are going to do what they need to do from their point of view," Chandhok, who at Hockenheim had said he hoped to return to the car for Hungary, told Reuters.

"The long summer break is coming up and we'll have to see what happens for the rest of the season," he added.

HRT insists that Chandhok is still a team member, but strong rumours indicate that test driver Christian Klien is expecting a race or two later in 2010.

A team spokesperson said the driver lineup for Spa-Francorchamps and beyond is not finalised.