F1 could lose up to two teams - Ecclestone 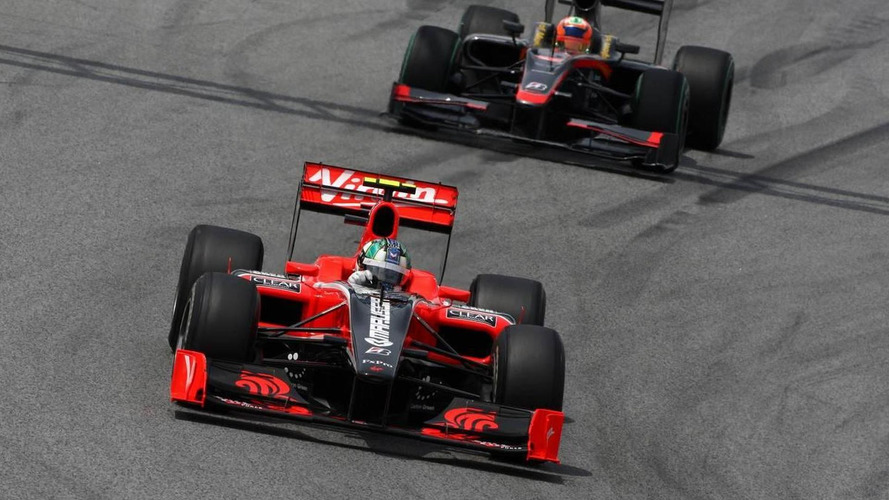 "One or two" of F1's existing twelve teams might bow out of formula one before November's Abu Dhabi finale, Bernie Ecclestone has warned.

"One or two" of F1's existing twelve teams might bow out of formula one before November's Abu Dhabi finale, Bernie Ecclestone has warned.

"I think there are a couple of teams in formula one who really shouldn't be there. They are a bit out of their depth at the moment," he said in an interview with the Daily Telegraph.

Losing two teams would drop the grid down to 20 cars, but the FIA is in the process of perhaps allowing Villeneuve/Durango, Epsilon Euskadi, Stefan GP or Cypher Group to debut next year.

But Ecclestone insisted: "All we ever want is 10 teams. Lotus is a good name. I wouldn't want to lose them. But in general this year has been a bit of a nuisance because it has cost money to keep these (new) teams in.

"It has cost a lot of money to pay for them to compete."

It is likely the Briton is referring to HRT, who are now shuffling around drivers with the deepest pockets for the two race seats, and Virgin, whose main sponsor Sir Richard Branson said last year the team would have F1's smallest budget.

"The bottom line is they haven't really and truly given us value for being there," said Ecclestone.

"If suddenly these teams don't turn up at races then I don't think the crowds will get any smaller, or the TV sets will turn off, or the newspapers will stop writing, will they?" he added.