Could the hotter GTS spice things up for the slow-selling crossover?

If you can’t wait until the end of the decade for Ferrari’s first-ever SUV, the next best thing will be available in just a few short months. We are obviously talking about Maserati’s new high-performance version of the Levante SUV – seen here with less camouflage than ever before while performing final testing in snowy northern Europe.

Underneath the prototype’s hood was likely a biturbo 3.8-liter V8 engine borrowed from the Quattroporte GTS and with Ferrari DNA. It churns 523 horsepower (390 kilowatts) and 524 pound-feet (710 Newton-meters) of torque in the sedan, but for the Levante GTS it could be tuned to deliver more power and allow the SUV put up a better fight against the likes of the Porsche Cayenne Turbo as well as the Range Rover Sport SVR.

The camouflaged applied onto this test vehicle was doing a good job at masking the redesigned front bumper, but even so we can catch a glimpse of the beefier air vents. The final version is likely set to receive a different roof-mounted rear spoiler and bespoke alloy wheels backed by upgraded brakes to match the larger engine. A sportier chassis setup corroborated with a lowered suspension setup should make it more agile around the corners. 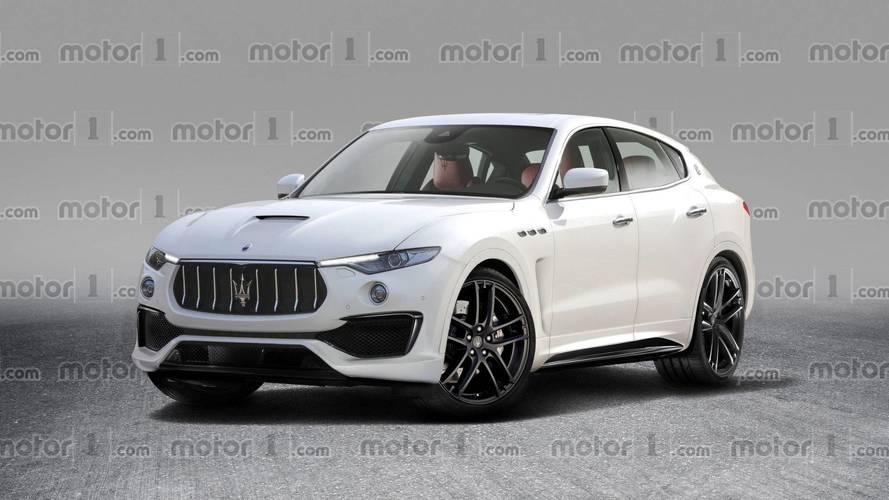 Maserati is expected to take the wraps off the go-faster Levante at the beginning of March during the 88th Geneva Motor Show. Beyond the GTS, the company’s sole SUV will also spawn a more frugal plug-in hybrid derivative with the electrified component likely adapted from the Chrysler Pacifica Hybrid minivan. In regards to a second SUV, Maserati is taking its time as it won’t be out in the foreseeable future.

Hopefully for the famed Italian company with the trident badge, the addition of a hotter GTS flavor will come to boost sales of the SUV, which haven’t been that great lately. As a consequence, Maserati is set to reduce working hours (without firing employees) by 59 percent this year to match the poor demand, according to the FIOM union.