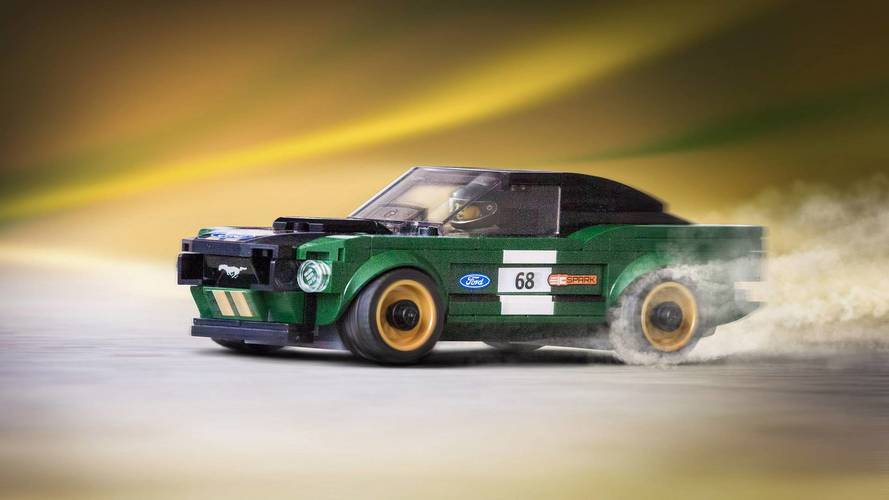 This is a 1968 Ford Mustang anyone can afford.

If you’re itching for a 1968 Ford Mustang and are either lacking the funds or the garage space, Lego may have a miniature solution. Lego is adding the 1968 Mustang to its Speed Champions lineup, which will go on sale March 1. The 1968 Mustang joins the likes of the both the historic Ford GT40 and new GT race car. The Lego Mustang will be available alongside the Ford F-150 Raptor, Fiesta WRC rally car, 2015 Mustang, and a classic Ford hot rod.

“The new Ford Mustang Lego Speed Champions set gives parents and children the chance to share their passions – generations of fans have grown up building Lego sets and spending time together behind the wheel,” says Myra Lind, Lego Speed Champions marketing manager. “This partnership of iconic brands allows kids of all ages to enjoy the latest products from two great companies.”

The 183-piece kit comes with the car, mini-figure driver in a classic racing suit, race graphics stickers, and a Ford-branded timing board, just in case you have any other Lego Speed Champions cars lying around and you want to see which car is faster. The windshield is also removable. Ford worked closely with Lego when designing the 1968 Mustang kit.

“We worked closely with Lego to design a vintage Mustang, personalizing the fastback with stripes and decals that harken back to Ford’s racing heritage,” says Matt Monroe, Ford licensing manager. “This 1968 Mustang fastback race car is a special product that adds even more excitement to Ford’s Lego Speed Champions lineup.”

The 1968 Ford Mustang Lego set costs $14.99, which is significantly cheaper than a real ’68 Mustang. Other Speed Champions sets include the Bugatti Chiron and McLaren 720S, which also sell for $14.99.