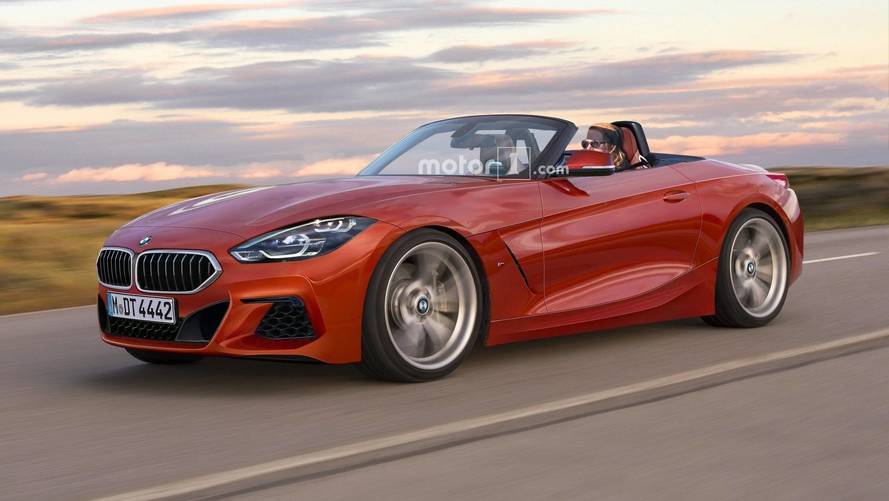 Few performance cars are as anticipated right now as the new BMW Z4, and not just because it will share a platform with the first new Toyota Supra in over 15 years. It should be a seriously fun machine even in base trim, which right now looks to offer a turbocharged 2.0-liter four-pot making 180 horsepower (134 kW). That may not sound like much these days, but the Z4 isn’t exactly a sprawling SUV with a weight problem. Still, there will be more aggressive options for those seeking more power – possibly as much a 385 hp (250 kW) in a range-topping Competition Package.

To say we’ve been patiently waiting to finally meet the Z4 is a terrific understatement. Impatiently waiting might be a better term, and we’re not the only ones. Our spy photographers spent some time going over the many (and we do mean many) pictures they’ve snapped of Z4 prototypes over the past few months, and then performed some digital wizardry to create the render above of what the new Z4 might look like. Now we’re really impatient.

At first glance, this render isn’t much different than the one we offered up back in September (featured here on the right.) The front fascia is a bit different, as are the headlights and the grille. But our take admittedly had more of a Mazda MX-5 flavor to it, whereas this interpretation is drop-dead gorgeous. It’s more in-line with the recent spy photos showing production headlights, and the hood is better defined as well. If this is an accurate rendering of what’s to come – and it looks like it could be – lert the heavy breathing commence.

With that in mind, what is the latest word on the Z4’s debut? It’s widely believed the Toyota Supra will debut next month at the Geneva Motor Show, but BMW is adamant that – though the cars share a platform – the Z4 will be its own animal. The stars seem to line up for the Frankfurt Motor Show in September; that would give BMW some separation from the Supra’s debut excitement while bring the gala to the automaker’s home event. Failing that, however, we’ll almost certainly see the new Z4 before the year is out.

It can’t get here soon enough.