Mercedes-Benz hasn't yet returned messages regarding this rumor, but Motor1.com just received an email statement from North American International Auto Show PR Manager Max Muncey that seems to confirm the automaker is indeed pulling out of next year's show:

"We have been made aware of Mercedes-Benz AG’s decision to not display at the 2019 NAIAS. We have enjoyed a longstanding partnership with Mercedes that has included very memorable press events and product launches. We are actively discussing future opportunities with them.

Planning for January 2019 is well underway and initial meetings with automakers and tech companies have hinted at some big product news earmarked for Detroit in the upcoming year."

There could be some rumblings afoot in the auto show world from the folks at Mercedes-Benz. Automotive News reports that the automaker is “poised to withdraw” from the 2019 North American International Auto Show, held every January in Detroit. We reached out to representatives from Mercedes-Benz to confirm or deny the report but haven’t yet received a response.

North American International Auto Show PR Manager Max Muncey did return our inquiry, however, saying they hadn’t heard anything directly from Mercedes-Benz on the matter.

“It would be premature for me to comment until we hear directly from them if in fact this is true,” he said in an email to Motor1.com.

Automotive News cites a senior executive at Mercedes, who allegedly said the company would have to decide “whether a trade show like Detroit fits with the cadence of our launch calendar and whether there’s a more effective format for our needs.” It should be noted the same executive also reportedly said the automaker could return for 2020.

Should the report be accurate, it would likely be a harsh blow to what is generally regarded as the premiere auto show for North America. Mercedes typically has a large presence at the event – something taken to a whole new level this year with the much-anticipated launch of the new G-Class SUV. Aside from the new model, the automaker brought an original 1979 G-Class fully embedded in synthetic resin. The whole thing weighed 44 tons and was impossible to miss at the show, as it was displayed just outside Cobo Hall. 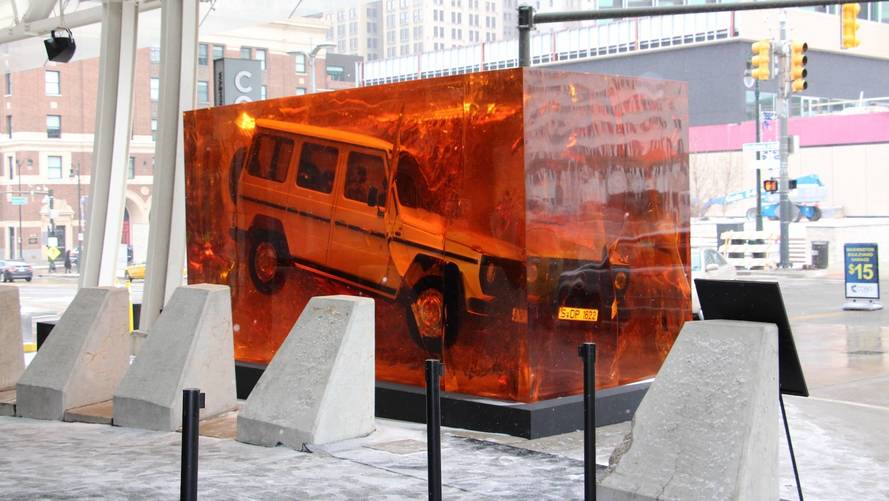 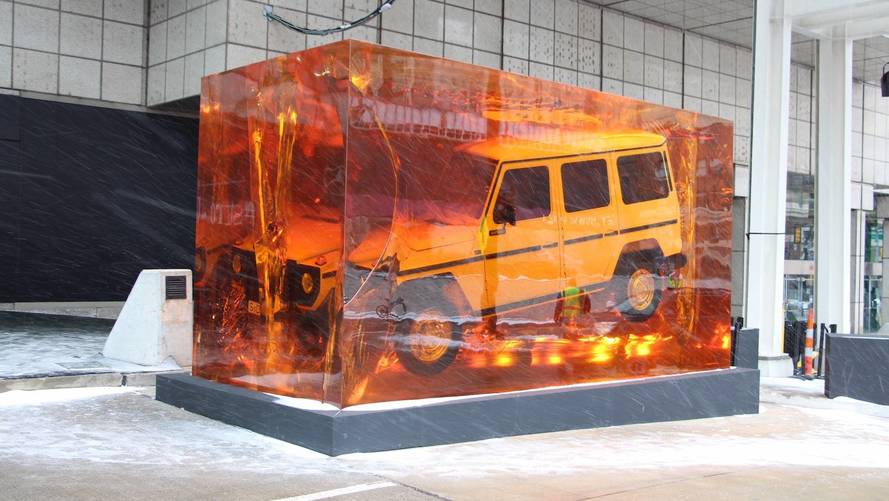 There’s been a growing trend over the last few years of major automakers shying away from prominent shows. This year alone saw Volvo, Porsche and Mazda nix the event in Detroit. Peugeot and Nissan skipped the Frankfurt Motor Show last year. Transporting vehicles and displays to events around the world can be incredibly expensive, and with the internet available to pretty much anyone with a cell phone, automakers can hold singular launch events and reach millions of people for a fraction of the cost.

We will keep an eye on this developing story and update if/when we get confirmation from Mercedes-Benz.

16 Photos
By: Christopher Smith
++
Got a tip for us? Email: tips@motor1.com