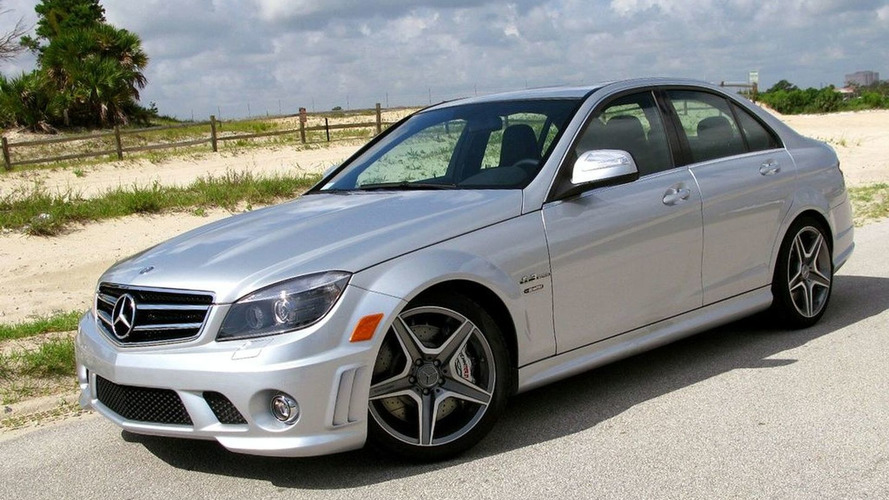 Renntech's hammering has now been complete bringing the power figures up to 548 peak horsepower and 510 lb-ft of torque.

When Mercedes introduced the C63 AMG last year there was a lot of anticipation to get behind the wheel, but along with this anticipation came the disappointment of a power rating of just 451hp. An output like this is way below the E63's 507hp and S63's 518hp which both use the same engine, theories as to why the power output was reduced pointed towards the restrictions of getting the large 6.3 liter naturally aspirated V8 engine into a smaller engine bay but even the smaller CLK63 AMG managed to pump out 475hp.

Renntech set out to reverse these restrictions and give the C 63 a power figure to be proud of. An initial ECU software upgrade put the power up to a CLK63 matching 475hp until the tuner had more time to hammer out the engine a little more. This hammering has now been complete with an updated version of its ECU software, RENNtech's stainless-steel long-tube headers and new, track-oriented sound/performance pipes bringing the power figures up to 548 peak horsepower and 510 lb-ft of torque.

It'll be interesting to see what kind of performance figures the Renntech C63 is capable of should they decide to release them in the future, however Renntech do tease that an overpowered & 63 monster could make its way through their factory doors for their 20th anniversary celebrations.