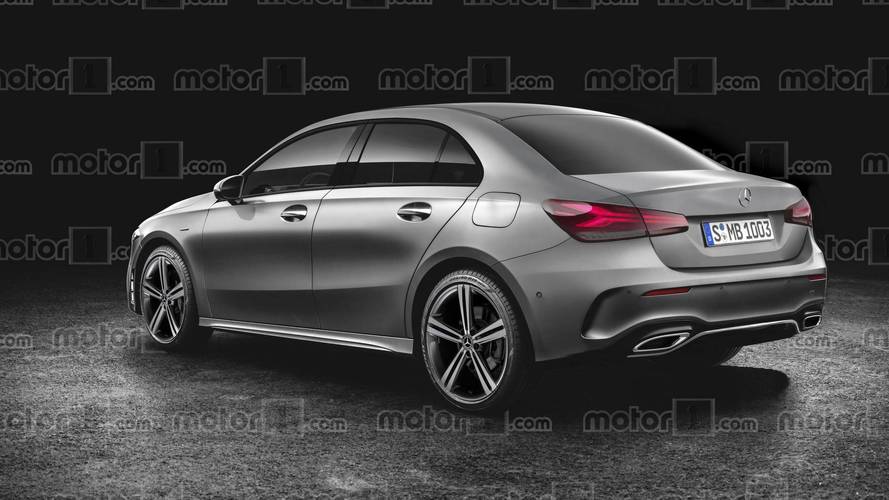 Coming to the United States later this year, it will be the entry point into the Mercedes family.

The recently unveiled Mercedes A-Class hatchback will be launched in North America, but only Canada is going to get the posh five-door model. As for the United States, the plan is to bring this, the first-ever A-Class Sedan, to serve as a more affordable alternative to the CLA.  It will be unveiled in the months to come, but we won’t have to wait until then to get a general idea of its design as today’s render from Motor.com Italy draws inspiration from the hatchback.

Eschewing the CLA’s swoopy roofline for a more conventional sedan body style, the new member of Mercedes’ compact car lineup was previewed last year by the Concept A Sedan depicted below. The attached render focuses on the rear end of the car since the front fascia will likely be largely carried over from the hatchback,  which we’ve established already is very similar to the CLS’ design and is called the “Predator” face.

The A-Class Sedan could end up being more spacious than its more stylish CLA cousin given the higher roofline providing extra headroom for passengers sitting in the back. In addition, chances are the trunk’s capacity will be a tad bigger than what the next CLA is going to offer, a model said to be pushed a bit more upmarket by getting a design similar to the forthcoming AMG GT Sedan.

Targeting the younger audience willing to join the Mercedes family, the new A-Class Sedan will cost less than $30,000 and is considered as being the right solution to cater the U.S. market. Details about what will power the North American-bound model have not been disclosed, but it’s safe to assume the Euro-spec hatchback’s turbodiesel 1.5-liter with 116 horsepower (85 kilowatts) and 260 Newton-meters (192 pound-feet) of torque won’t be available. Why? Because Mercedes has said the Sprinter will be its only diesel-powered model going forward.

Those willing to fork out more money will have to wait for the hotter A35 expected to boast roughly 300 hp. It has already been caught by the spy camera and will be eventually followed by a range-topping A45 with more than 400 AMG-trained horses.

Meanwhile, the regular A-Class Sedan will arrive in the second half of 2018. A long-wheelbase version is also in the works, but only for China.