Mercedes-AMG boss has disclosed more details about the hypercar's technical specifications, including how much it will weigh.

It’s been a while since we last talked about the Project One and now Tobias Moers has more info to share about what is essentially AMG’s F1 car for the road. The 1,000 horsepower quoted output during the Frankfurt Motor Show last year was just what the dyno numbers were showing, but the turbocharged 1.6-liter V6 engine and the four electric motors will have “plus, plus, plus” more than that. Without revealing an exact figure, the man in charge at Mercedes-AMG revealed the combined output will not surpass 1,100 hp. 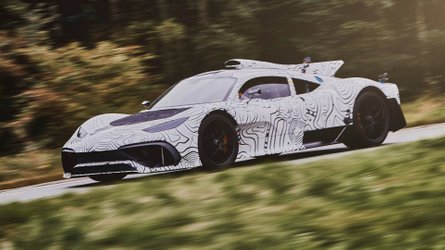 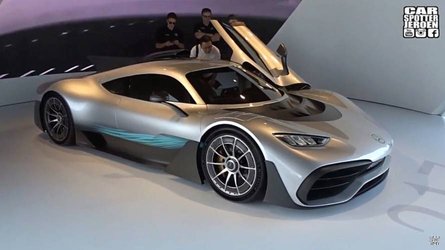 Initially believed to weigh somewhere in the region of 1,200 kilograms (2,645 pounds), the Project One is going to be significantly chunkier than that as Moers told Autocar it will tip the scales at anywhere between 1,300 to 1,400 kg (2,866 to 3,086 lbs). He went on to talk about the downforce levels the company’s flagship performance car will be able to generate, saying it will produce approximately 675 kg (1,488 lbs) or about half of the Project One’s weight.

As impressive as these number are, it’s worth mentioning the McLaren Senna weighs just 1,198 kg (2,641 lbs) and can produce a whopping 800 kg (1,764 lbs) at 155 mph (250 kph) to keep the 789-hp machine glued to the road. Of course, we need to keep in mind the Project One and Senna are different in many ways and a direct comparison between the two is not entirely relevant, despite the two being high-end performance cars.

Moers reiterated that with the V6 being derived from an F1 car, it will have to be rebuilt at 50,000 kilometers (31,070 miles). However, that didn’t pose a problem for customers as Mercedes-AMG did not have to struggle at all to sell all 275 cars planned for production. In fact, the company received no less than 1,100 requests from “credible customers,” so the folks from Affalterbach could’ve easily quadrupled production but they wanted to keep the Project One more exclusive.