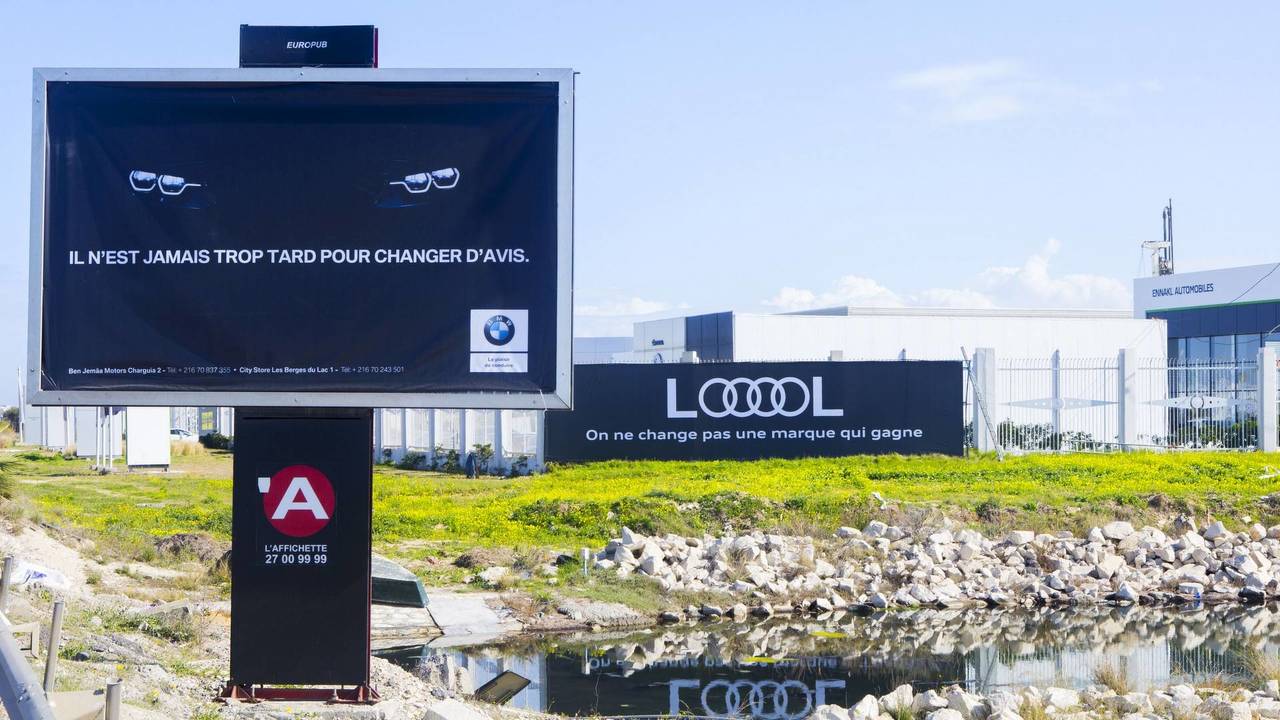 Remember the billboard ad war between BMW and Audi from a decade ago? Grab the popcorn as a sequel is on the way.

It’s the 2000s all over again as BMW has decided to poke fun at Audi and the entire Volkswagen Group by placing a billboard right in front of Ennakl Automobiles, an official dealer of VAG products. Located in La Goulette in Tunisia, the dealer is selling everything from humble Skodas to expensive Porsches, with SEATs, VWs, and Audis in between.

Since this isn’t Motor1.com France, a translation of BMW’s billboard is in order: “Il n’est jamais trop tard pour changer d’avis,” means “It’s never too late to change your mind.” As the footnote shows, the billboard was commissioned by Ben Jemâa Motors, an official BMW and Mini dealer in Tunisia.

But little did they know, the plan backfired as Audi issued a prompt response to BMW’s passive-aggressive message by placing its own billboard a few feet away, just a few days later. Starting with a big “LOOOL” at the top made using the company’s four rings, Audi’s reply was: “On ne change pas une marque qui gagne,” which means, “We do not change a brand that wins.”

Time will tell whether BMW will have something to say about Audi’s quick reaction. Let’s just hope this is not the end of it since it’s nothing more than some harmless fun the two companies are having, with the rest of us being the spectators.

If we were to look strictly at the sales numbers, BMW came out on top in its battle with Audi last year when its deliveries grew by 4.2 percent to a total of 2,088,283 cars for the core brand. The rivals in Ingolstadt moved 0.6% more cars than the year before, managing to sell around 1,878,100. In this fierce battle for the luxury sales crown, Mercedes actually grabbed the first position after its sales rose by 9.9% to 2,289,344. That being said, BMW has announced plans to take the lead by 2020.