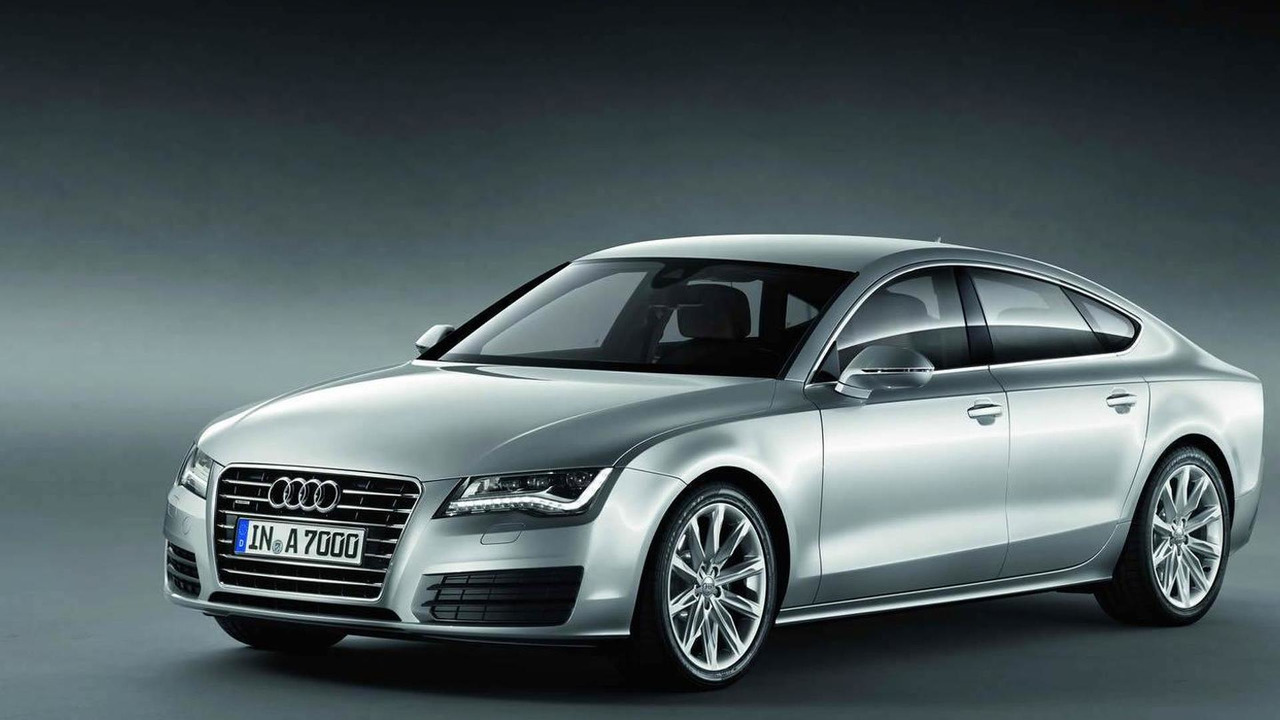 A7 will come with four V6 engines - two diesel and two petrol. It's body, made of lightweight aluminum components and high-tech steels, will make for solid fuel economy numbers with a slew of V6s.

Audi has officially unveiled the new A7 Sportback in Munich today.

The 5-door, fastback coupe is Audi's own unique foray into the sport coupe segment with rear passenger doors. Audi describes the car as a combination of elegant coupe, sport sedan and practical wagon.

The A7 will feature a lightweight body made with aluminum components and high-tech steels, which will allow for it to be powered solely by a set of V6 engines - at least at first. Audi will likely come to add some V8 power plants to the mix later on.

Riding on 18 to 20-inch wheels, the A7's chassis comes with aluminum control arms and a highly-efficient electromechanical power steering. A drive select system comes standard but the adaptive air suspension with controlled damping will be offered only as an option.

Also optional will be the LED headlights while bi-xenon with LED taillights are standard.

All engines will be coupled to automatic transmissions, either the multitronic for front-drive variants or the seven-speed S tronic for the Quattro-fitted models. That new Quattro system comes with torque vectoring technology and a crown-gear center differential.  It can transfer up to 70 percent of torque to the front wheels or as much as 85 percent to the rear, if necessary. The default power transfer ratio is 40:60 with a slight rear bias for sportiness. The new differential is compact and lightweight.

All variants will come with thermal management, energy recuperation and stop-start systems to improve fuel-economy. For example, the 3.0 liter TDI with 150 kW (204 hp) coupled with the multitronic gearbox on the front-drive A7 provides for a 5.3 liters/100 km fuel rating and CO2 emissions of 139 g/km.

The A7 Sportback hits dealerships in Europe in the fall with prices starting at €51,650.