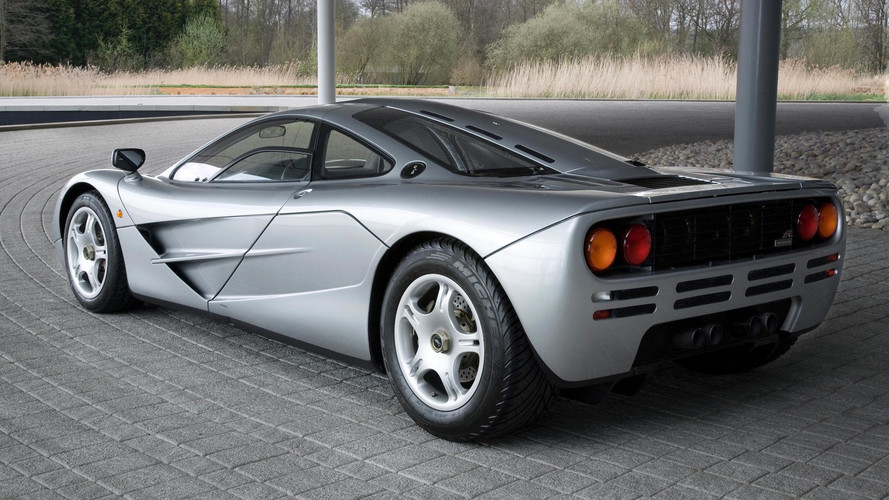 It costs $25 million, yet the images seem to be taken with the first camera phone ever made...

... and that's why we had to put a photo of a similar car as a lead image on this story. The actual car is in the gallery below.

We’ve seen barely driven McLaren F1s a number of times in the last couple of years. They were all beautiful vehicles, offered for millions of dollars. But what you are about to see is the most expensive F1 supercar we’ve ever seen.

It is currently listed on Mobile.de, Germany’s largest internet portal for used cars, and the seller is asking no less than €20 million for it, which is the equivalent of about $24.47 million at today's exchange rates. It has a mere 2,175 miles (3,500 kilometers) on the odometer and is in a pristine condition.

What really confuses us is that the ad includes only several super crappy images of the car with the seller explaining in the description that he is able to provide more high-quality photos and details about the car only on request. Sure, selling an almost $25-million supercar with no information and proper shots sounds like a rational idea.

Thankfully, the F1 is a car we know quite well. It’s considered by many as the father of the modern-day hypercars because of its amazing performance, especially for a car that is now more than 25 years old. A big part of the magic comes from the BMW-sourced 6.1-liter V12, which gave the McLaren power of 627 horsepower (468 kilowatts) and a 0-60 miles per hour (0-97 kilometers per hour) acceleration time of just 3.2 seconds.

Back to the most expensive F1 today, it is located in Germany and features a classic silver body paint. Inside the cabin, everything is finished in black with leather upholstery for the centrally-positioned driver’s seat and the two passenger seats at the back.

So, if you are really interested in spending almost $25 million on a single car, better hurry up and contact the seller from the source link below. He says the car will be available for test drives February 15 this year. Good luck!