AMG And Cigarette Are Building A Project One-Inspired Powerboat 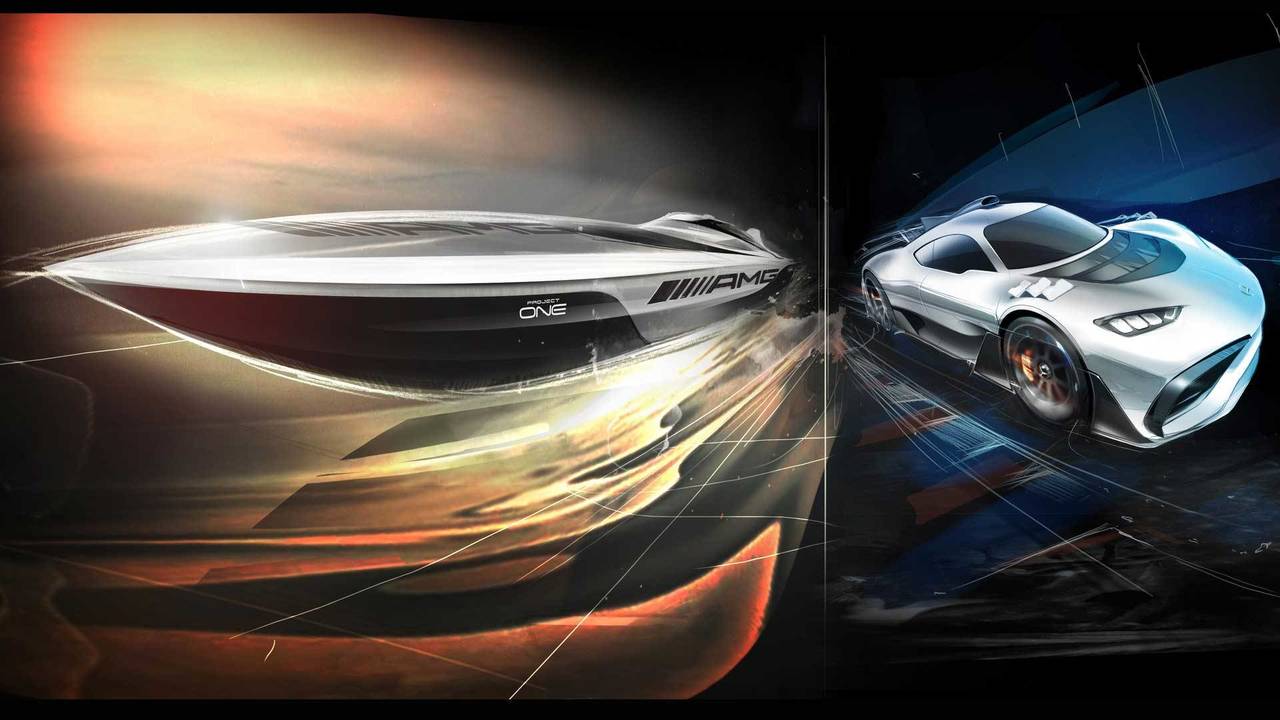 It will be revealed next week at the Miami Boat Show.

There’s a very curious connection between high-end cars, and high-end boats. We’re going to go out on a limb and say the connection could be high-end, as in exclusive to those with the finances to play in such a manner. In the last year or so we’ve seen the Niniette 66 luxury yacht created with inspiration from the Bugatti Chiron. Then came Porsche’s yacht, which was built by Dynamiq and designed in collaboration with Studio F.A. Porsche but bared no resemblance to any Porsche car.

Now, Mercedes-AMG is getting in on the action, but don’t expect to see another lavish yacht equipped with $400,000 deck furniture. This one is built by Cigarette – the company known for offshore powerboats that hit triple-digit speeds – and it’s called the Cigarette Racing 515 Project ONE. Yes, this water rocket is a collaboration between the two companies and it draws inspiration from the insane Mercedes-AMG Project One hypercar.

We don’t yet have details on this new creation, save for the teaser photo that just dropped from Mercedes. The boat looks pretty much like, well, a boat – there really isn’t much room for out-of-the-box styling for something that goes fast through water. Graphics on the side mimic the Project One’s shape, and the AMG logo won’t be missed by anyone, no matter how fast it goes.

Does this mean the 515 Project ONE will be powered by the hypercar’s crazy hybrid powertrain that creates over 1,000 horsepower (745 kW) and features a 1.6-liter V6 that spins to 11,000 rpm? While that might be impressive in a car, such power in an offshore powerboat is a tad under the curve. It’s not uncommon for these muscle boats to have a pair of V8 engines making upwards of 1,300 horsepower each.

Mercedes-AMG and Cigarette actually have a long history of collaboration, and that will be celebrated February 15 at the Miami Boat Show where the Cigarette Racing 515 Project ONE will be officially revealed.