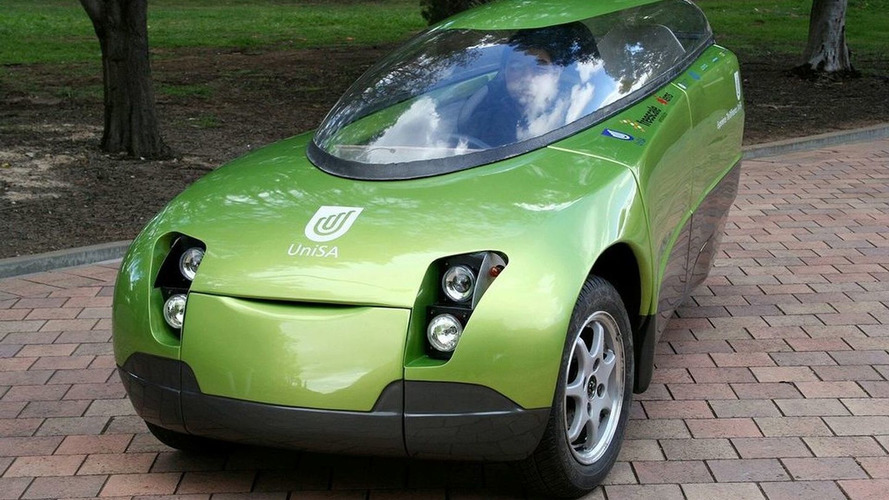 Say Gâ€™day to Trev, another answer to the future of green transport. Trev (which stands for Two-Seater Renewable Energy Vehicle) has been developed by the University of South Australia

Say G’day to Trev, another answer to the future of green transport. Trev (which stands for Two-Seater Renewable Energy Vehicle) has been developed by the University of South Australia with efficiency in mind and returns an impressive top speed of 120km/h and a range of 150km from its 40kg lithium ion polymer batteries – the same type used in mobile phones.

Claiming to be five times as energy efficient as a more conventional new car and ten times as cost effective, the three-wheeled machine derives its amazing abilities from its aluminium and glass-fibre construction as it tips the scales at just 300kg. This featherweight approach also allows a 0-100km/h time of just 10 seconds.

Trev’s future developments are planned to include solar panels incorporated into its roof and its three-wheeled status (using featherweight alloys and low rolling resistance tyres) classes it as a motorcycle meaning you will only need a motorcycle license to drive one. With room for two occupants and an overnight bag each, the interior arrangements are very motorcycle-esque too, but the creators say this not only improves visibility for the driver but also makes the vehicle even more efficient.

With appearances already in the Greenfleet Technology Class of the World Solar Challenge, Trev’s creators hope to have it road-registered in the early part of 2008 and hope to tie up a deal soon to develop it commercially.