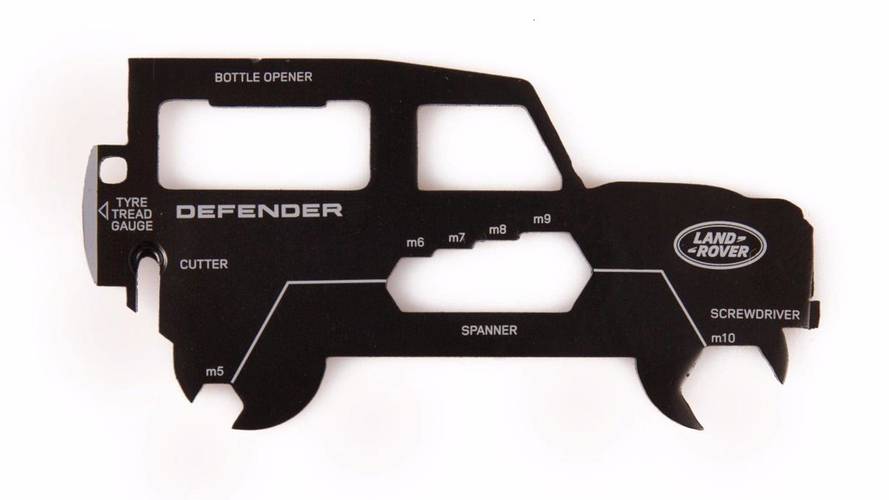 It works even if the trouble is just opening a beer.

If you're in the market for a credit-card-sized multitool to keep handy, then there is a massive selection available for sale, but few of them look as cool as Land Rover's. In addition to doing a few useful jobs, this gadget also has the shape of a classic Defender's silhouette, which looks pretty cool. It's currently on sale from the company's online shop for 12 pounds ($16.70 at current exchange rates).

The little, steel gadget features 11 tools. Six of them are various wrench sizes. There's also a flathead screwdriver, a cutter for shortening items like wire or rope, and a tire tread gauge. A bottle opener lets you celebrate with a cool beverage over getting the job done.

If an owner doesn't want to put the multi-tool in a wallet's credit card pocket, it also comes with a Land Rover branded faux-suede pouch. The hole near the tire tread gauge would likely also allow someone to carry this gadget on a key ring, too.

A little tool like this would be a cool Easter Egg to hide somewhere on the new Defender. The revived model reportedly debuts in late 2018 ahead of sales starting in 2019. Land Rover intends to offer the new SUV in a variety of wheelbase lengths and body styles – possibly including a pickup version. The design is reportedly modern rather than a retro revival, and there would be an aluminum-intensive chassis underneath. Power would likely come from the company's 2.0-liter turbocharged Ingenium engine family. Later, Land Rover would allegedly add an electric variant with a high-capacity battery to the Defender lineup.