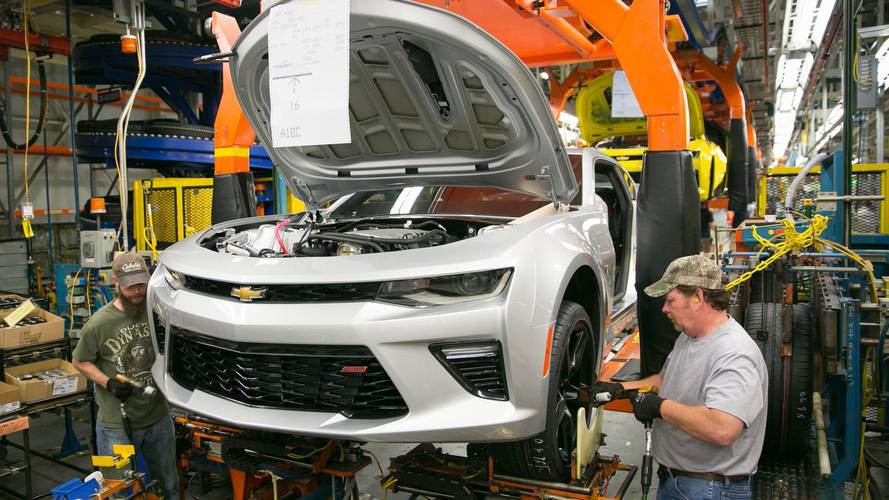 The company wants to build on its momentum in 2018.

Following a successful 2017, General Motors will give its union-represented workers profit-sharing checks of $11,750. The automotive giant made $12.8 billion in pretax profits last year with slight drop in North American profits – from $12.4 billion in 2016 to just less than $12 billion a year later. The company is also proud to announce it returned to profitability in South America.

However, due to a number of extra charges, including $7.3 billion related to the tax reform and $6.2 billion charge related to the sale of Opel to France’s PSA, General Motors reports a net loss of $3.9 billion.

"The actions we took to further strengthen our core business and advance our visions for personal mobility made 2017 a transformative year. We will continue executing our plan and reshaping our company to position it for long-term success," Mary Barra, Chairman and CEO of GM, said in an official statement.

Compared to its Detroit rivals, GM has the highest profit-sharing bonus checks, as Ford announced it will give its employees checks of $7,500, while Fiat Chrysler Automobiles will pay its UAW-represented workers an average of $5,500. In addition, the American-Italian automaker will give its non-senior workers a bonus of $2,000.

"Improvements in all operating segments and an intense focus on cost reductions generated a record quarter and another record year," Chuck Stevens, executive vice president and chief financial officer, added.

At the other side of the Ocean, Daimler will be giving eligible employees a hefty bonus of €5,700, (about $7,072 at current exchange rates) in April this year after a record-breaking 2017. During the 12 months of the last year, the German manufacturer shifted a total of 3.3 million vehicles, up by nine percent compared to 2016. Mercedes-Benz alone delivered no less than 2,373,500 million cars.

Check out the press release section below for more 2017 GM numbers.