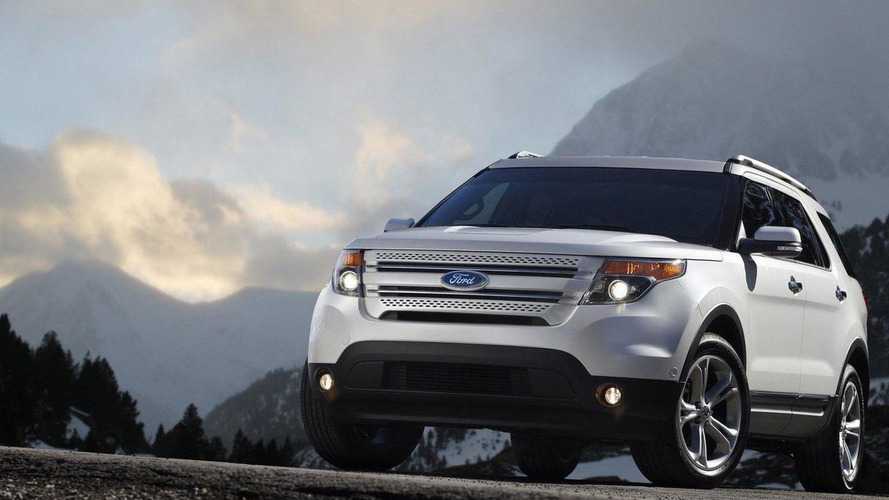 Ford has unveiled the redesigned 2011 Explorer. It's lighter, more fuel efficient, and a lot less interesting.

After numerous spy shots and a long teaser campaign, Ford has officially unveiled the 2011 Explorer.

Looking like a Taurus-ifed Freestyle, the Explorer features a bold grille, black A-pillars, plastic body cladding, and a clamshell hood. Inside, the cabin boasts a Volkswagen-ish design, a console-mounted shifter, and seating for up to seven.

Despite riding on a car-based platform, the 2011 Explorer is only 100 pounds (45 kg) lighter than the outgoing model - even though it uses "lighter materials such as an aluminum hood." Thankfully, the Explorer still has some capability as V6 models are able to tow up to 5,000 pounds (2,268 kg).

According to Derrick Kuzak, group vice president of Global Product Development, "The new Explorer simply does everything well. It raises the bar for ride and handling on the road and transforms the off-road experience. It's the hands-down winner for towing capability and ease. All this capability - and three rows of seating - with amazing fuel economy will make Explorer the absolute right choice for families with a sense of adventure."

Look for the 2011 Explorer to start arriving at dealerships sometime this winter.