This Awesome AMC Javelin Is A Custom-Built 1,100-HP Dream Machine

The quirky muscle car from the early 1970s never looked so good.

The classic muscle car era in America saw Ford, General Motors, and Chrysler pulling out all the stops for straight-line speed. Often lost in all the hype was a fourth U.S. automaker – American Motors Corporation – but tuning company Ringbrothers is hoping to change that with this positively stunning 1972 AMC Javelin that carries an 1,100-plus Hellcat V8 under the hood. Jay Leno is also interested in giving some love to AMC, which takes center stage on his latest YouTube episode of Jay Leno’s Garage.

First of all, you should know this isn’t just a flashy project car with fresh paint and an engine swap. Those familiar with the AMC Javelin know the car was cool, if slightly awkward with a very long nose that extended well beyond the front wheels. In creating this car, Ringbrothers actually pushed the front wheels forward by upwards of six inches, stretching the wheelbase while also eliminating that awkwardness. As such, the entire front clip of this car was custom-built at Ringbrothers, from the fenders right down to the grille, which borrows some styling inspiration from the early 1970’s Plymouth ‘Cuda. 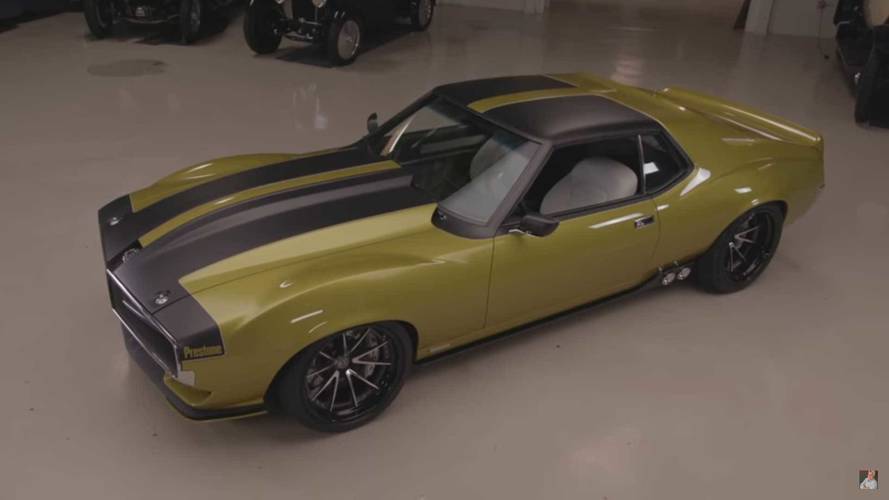 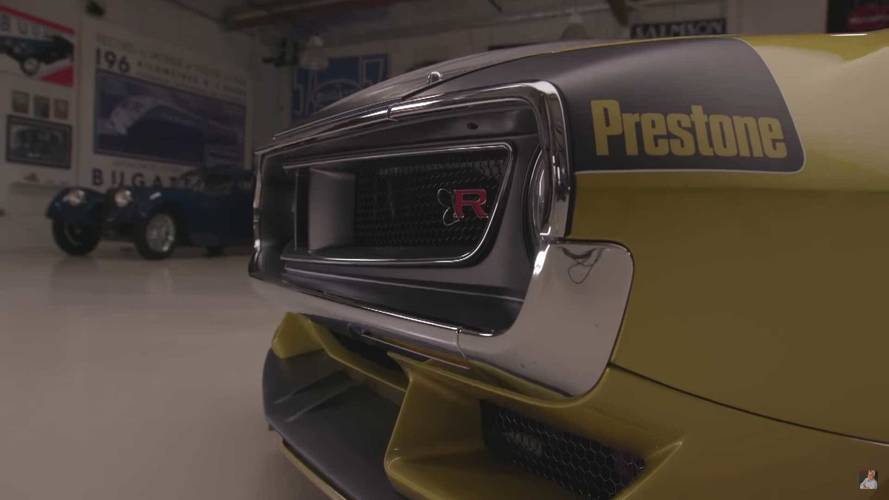 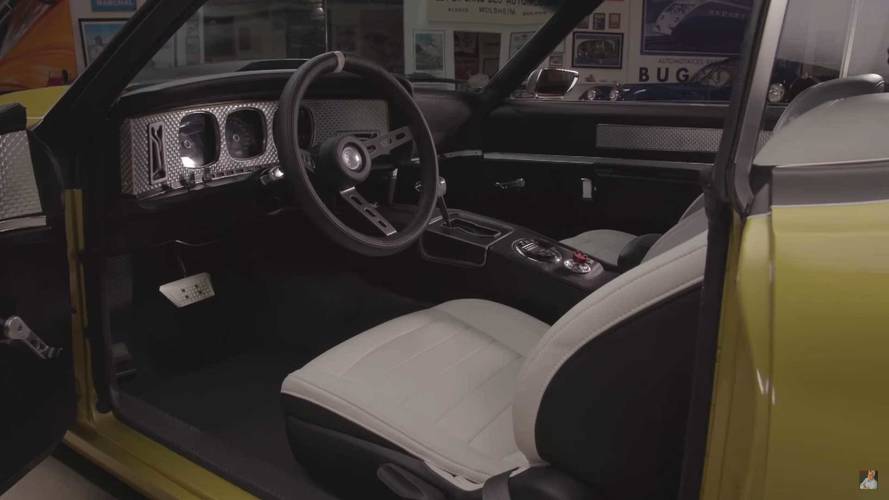 The other ode to Chrysler – or in this case Dodge – is of course the Hellcat V8 crate engine installed in the gloriously clean engine bay. Since 707 horsepower simply isn’t enough these days, the mill was given a massive Whipple supercharger that by itself has a displacement of 4.5 liters. It’s thought the engine could make over 1,400 horsepower, but it’s dialed back to only around 1,100. To manage such power, the team actually turned to General Motors for a four-speed automatic transmission. The GM connection is also found under the custom front end, where the forward frame of a 1969 Camaro was used. One might say, then, that this AMC Javelin is sort-of a hybrid, though decidedly not of the gasoline-electric kind.

The company built the car for Prestone anti-freeze, hence the Prestone decal on the front. It seems surprisingly well-mannered for street use, which is good because the car is slated to take part in this year’s Hot Rod Power Tour that spans the United States.

We love seeing custom creations of all makes and models, but in this video Jay Leno says something that really speaks to us when it comes to creativity in the car community. “I like ’32 Fords, but I don’t like 1,500 of them,” he said. We suspect you’ll never see 1,500 Javelins even at a Javelin-specific meet.

And we’re certain you’ll never see another one like this.