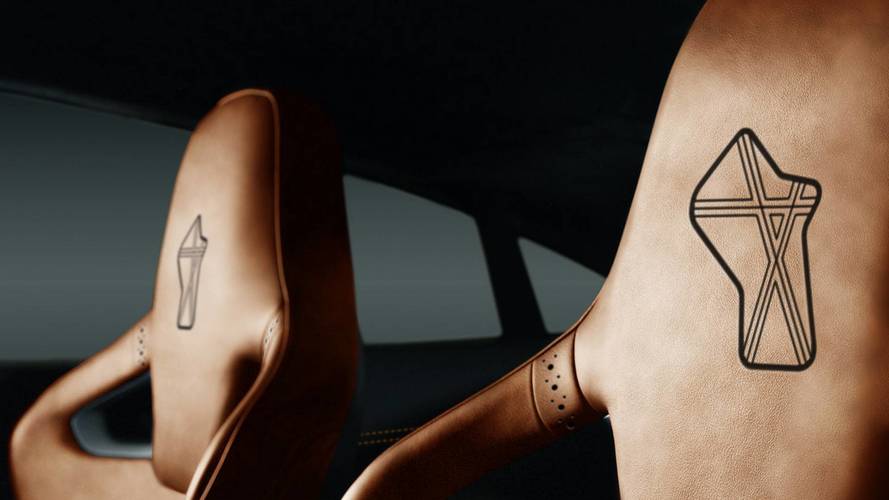 Full reveal will be in Geneva on March 6.

[Update] David Brown Automotive has dropped a couple of new teaser images and preliminary details about the Speedback Silverstone Edition. Limited to only 10 units, the new model will be based on the Speedback GT and is going to feature an unspecified engine capable of delivering more than 600 horsepower.

[Update 2, February 26] Two additional teaser photos have been released, one showing the embroidered body-hugging sport seats and the other providing a close look at the headlight design.

British boutique automaker David Brown Automotive has a new model on the way for a debut at the Geneva Motor Show on March 6. At the moment, the firm only confirms that the vehicle is a limited production grand tourer with vintage-inspired looks. This description makes the unnamed car sound like a followup to the firm's first model, the Speedback GT, but the business promises that the new one has "a more aggressive design language" than previous products. The company intends to build them by hand at its Silverstone headquarters.

“With its unprecedented levels of performance, this vehicle allows the David Brown Automotive brand to appeal to our existing customers, and new customers alike," David Brown, company founder and CEO, said in the model's announcement.

The David Brown behind this automaker has no relation to the David Brown whose initials are on models like the Aston Martin DB5. The new company tries to revive the spirit of old British sports cars with modern materials. The firm's first product was the Speedback GT (above) that used Jaguar XKR underpinnings but with a vintage Aston-Martin-inspired body. A significantly upgraded version arrived in 2017.

In the same year, the company unveiled the Mini Remastered. These vehicles retained the little hatchback's classic look but with extra touches like removing seams from the body work, installing an aluminum grille, adding bullet door mirrors with puddle lights, and fitting LED taillights. There are even bigger changes inside where David Brown Automotive puts a modern, CarPlay-compatible infotainment screen in the dashboard. Occupants also find sumptuous leather upholstery. Like the original, power comes from a 1,275-cubic-centimeter four-cylinder that produces 71 horsepower and 88 pound-feet of torque in standard trim, but the company offers upgrades to push the output higher.

Further to initial teaser information released last week, David Brown Automotive will take the wraps off its most performance-focused model ever on Tuesday, 6th March at 11:45 CET / 10:45 GMT in Hall 2, Stand 2142 in Geneva.

The performance-focused model will be strictly limited to a run of up to only 10 production cars. The high-octane, aggressively styled Speedback Silverstone Edition will boast over 600 horsepower and extend the qualities of bespoke British craftsmanship first seen with Speedback GT: the model upon which the new derivative is based.

Inspired by 1950s and ‘60s racing GT cars, the limited-edition model takes hints from the aeronautical and motorsport heritage of the Silverstone location of David Brown Automotive’s headquarters. The Speedback Silverstone Edition will be handbuilt at the 18,000 sq ft trackside facility alongside the Speedback GT and Mini Remastered models, marking one year since David Brown Automotive moved to the prestigious location.

“The more detail we reveal, the more excited we are to be able to announce the new Speedback Silverstone Edition in full,” said David Brown, company founder and CEO. “We always had the ambition to deliver an even higher performance derivative of Speedback, so this is the realisation of a core objective for us at David Brown Automotive. Speedback Silverstone Edition is the perfect platform for us to hone classically-inspired performance, as we give a nod to our brand’s Silverstone roots, whilst looking ahead to a future of British handcraftsmanship at our bespoke coachbuilding facility.”