Dodge Challenger SRT Demon Won't Be Coming Back For 2019MY 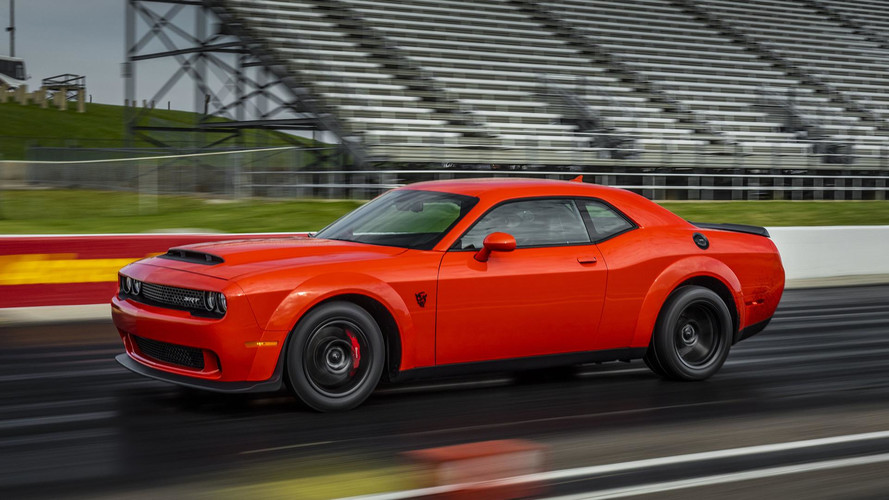 If you’ve been hoping to get your hands on a brand new 2019 Dodge Challenger SRT Demon, we will have to disappoint you. The automaker has no plans to produce the car in more than the initially announced 3,300 examples. And, actually, this fact hasn’t changed since the vehicle's debut.

Over the last couple of weeks, Demon fans have been sharing information from their local Dodge dealerships, fueling rumors that Dodge might continue to assemble the drag beast for another model year. However, the Demon will remain a 2018-only model, with no 2019 Demons coming.

“2018 only, one-and-done. The people who sit back and wait for next year are going to miss out,” Dodge boss Tim Kuniskis told Allpar.com during an interview. Through the last year, he has commented several times to media representatives that the Demon will remain a 2018-only model.

Of course, FCA could eventually go against what executives have said and produce more Demons, but this will put the automaker in a very delicate situation. Some people purchased the Demon only as an investment, based on the fact that it is limited to only 3,300 units and could become more expensive than originally paid. If the company decides to build, say, 3,000 more, those people won’t be happy at all. In addition, such a move could result in a number of lawsuits for false advertising.

But the production end doesn’t mean the Demon won’t live on, as Dodge is reportedly planning to use some of its components in an upgraded version of the Challenger. Chances are the next generation Challenger could also receive a similar version to the Demon, but it won’t have a negative impact on the value of the current Demon.

The fastest quarter-mile production car as certified by the National Hot Rod Association has a starting price of $84,995, but you could always spend nearly three times more and buy it from eBay.