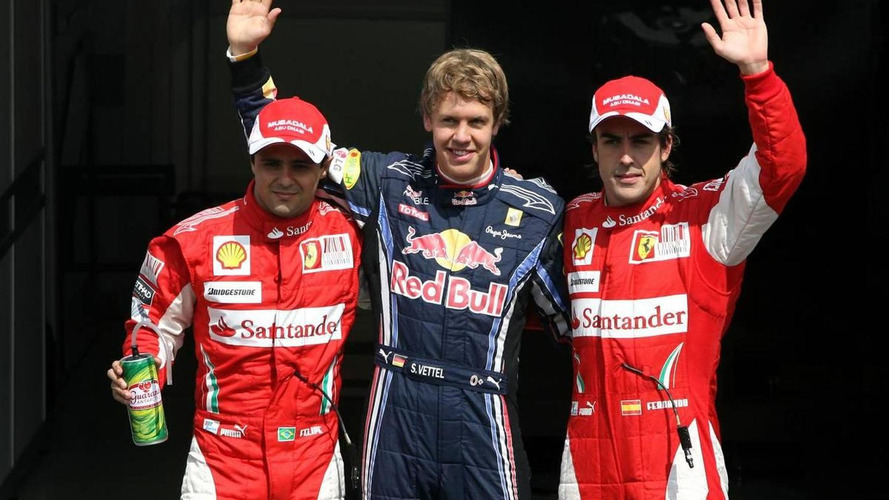 Two thousandths of a second on Saturday separated second place from pole position at Hockenheim.

Two thousandths of a second on Saturday separated Fernando Alonso from pole position at Hockenheim.

The Spaniard's Ferrari car has taken a concrete step forward in Germany, and at the end of the dry Q3 session his best time was almost indistinguishable from Sebastian Vettel's in the dominant Red Bull.

A further five and sixth tenths behind are the sister Ferrari driven by Felipe Massa and then Silverstone winner Mark Webber, who abandoned his final effort after running wide in turn 1.

"My fault," said the Australian.

The other major story from qualifying was the pace of the championship leading McLarens, who went into the session fitted with the blown exhausts.

But points leader Lewis Hamilton was outqualified by his teammate Jenson Button, in just fifth place.

"It is clear now we are the third fastest team," rued Hamilton.

Added Button: "7 tenths behind? Surprising. We've definitely made a step forward with the car here but we don't have the pace, which is quite a worry, really."