Could a second EV join the Ioniq Electric?

Hyundai surprised us all with the debut high-powered Veloster N in Detroit, but even with all that added performance on tap in the lineup, the Korean marque hasn’t forgotten about its goal of a more efficient future. The Ioniq will soon be joined by a second silent sedan; new spy photos suggest that an electric Elantra could eventually be offered.

Spotted testing on a snowy lake bed in Canada, the heavily camouflaged Elantra was completely quiet, according to our photographers, and featured a few cues that could reveal its electric identity. For one, the same style of wheels Hyundai uses for its other EVs are found on this model. Our spy photographers also cite no exhaust tips, but upon further inspection, a hidden exhaust can be seen in the lower right fender. It could be a decoy, or it could signify a plug-in hybrid powertrain. 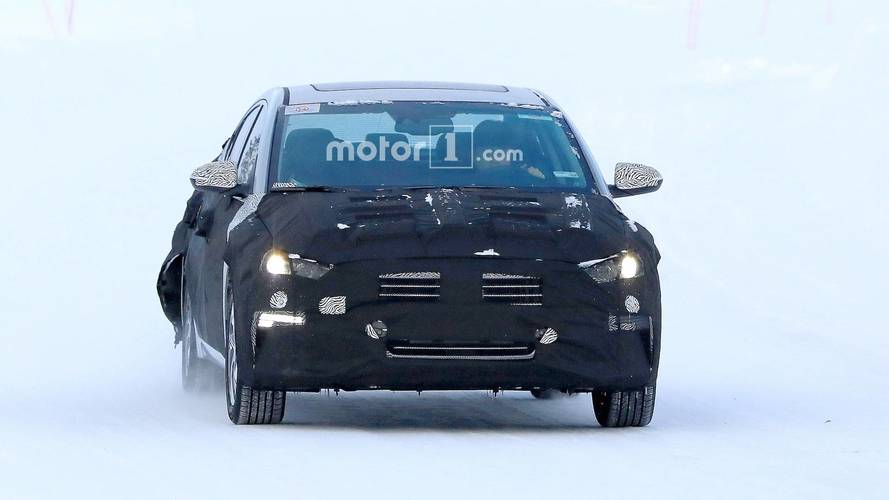 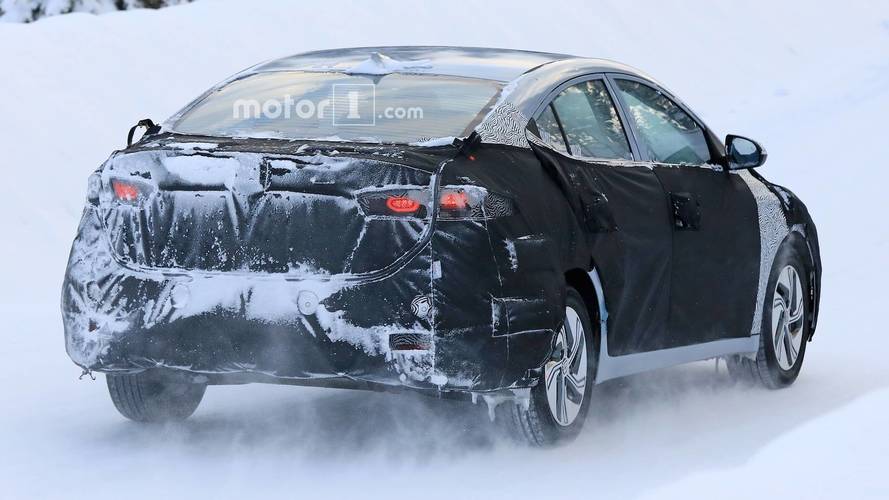 Apart from the obvious EV-inspired cues, there are some new design elements that should carry over throughout the entirety of the Elantra range. The front fascia, though well covered up, is unique compared to the current model. The taillights appear to be slightly new, too.

This is the first time we’ve heard (or seen) anything about a proposed Elantra EV, so there isn’t much in the way of details. If it’s anything like the Ioniq – which comes with a 118-horsepower (87-kilowatt) electric motor and a range of 124 miles (119 kilometers)– it should be competitive with offerings like the new Nissan Leaf, the Chevrolet Bolt, and the Tesla Model 3, among others.

For now, Hyundai will continue to offer the Elantra with a regular gas-powered engine. The standard model produces 128 hp (95 kW), while the range-topping Sport trim is good for 201 hp (149 kW). If it’s efficiency you’re after in the Hyundai range, the company currently offers the Ioniq hybrid nationwide, and the Ioniq Electric in California.