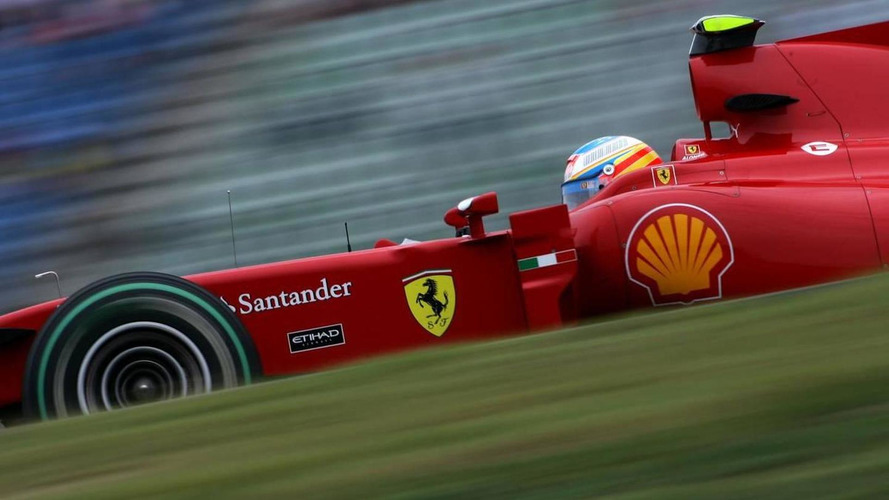 One of Ferrari's developments for the F10 car this weekend is the Red Bull-like constant exhaust-gas pressure concept.

One of Ferrari's developments for the F10 car this weekend is the Red Bull-like constant exhaust-gas pressure concept.

It emerged recently that Red Bull's dominance of the Q3 qualifying segment this year was due to a system that keeps exhaust gases flowing through the blown diffuser even when the driver is not on the throttle in slow corners.

Diario Sport claims that Ferrari's version was tested for the first time in Hockenheim practice.

Another Spanish newspaper, AS, said Ferrari, Renault and McLaren are known to be experimenting in the area of constant exhaust pressure.

Fernando Alonso topped the afternoon timesheet in Germany on Friday, but revealed that he still expects Red Bull to be setting the pace in qualifying.

"We know that Red Bull are the ones to beat on a Saturday," he said. "We hope that on this Saturday we can make it harder for them."

Maranello based Ferrari is still pushing ahead with developments for the 2010 car, but two pundits believe the Italian team is now out of the fight for the title.

"The world title for them is gone," Niki Lauda told Blick newspaper, and Eddie Jordan is quoted by Germany's Die Welt: "I think Ferrari have no chance of winning the championship."