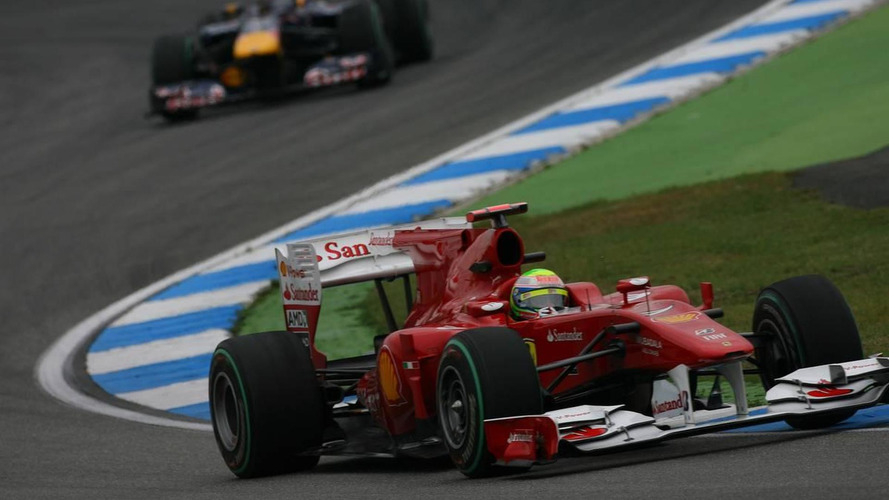 Fernando Alonso was cautious after topping the drier second practice session at Hockenheim on Friday.

Fernando Alonso was cautious after topping the drier second practice session at Hockenheim on Friday.

The Spaniard was marginally quicker than Sebastian Vettel, while teammate Felipe Massa split the occupant of the sister Red Bull by going third quickest.

McLaren had a more difficult day at the office, but the team is likely to keep its new blown diffuser on the car for the rest of the weekend, despite Lewis Hamilton saying it wasn't "perfect".

"I think we can risk going with the new floor," Martin Whitmarsh is quoted by the German media.

Jenson Button was just fifteenth in the afternoon, while Hamilton was seventh after sitting out most of the session while the damage sustained in his morning crash was repaired.

"The Red Bulls and Ferrari look fast, faster than we expected," said Button. "I don't know if we'll be as quick."

Said German Vettel: "I am sure they (McLaren) will come back tomorrow and be up there."

Alonso, however, was reserving his judgement. "Difficult to know today, I think we have to wait for tomorrow," he said.

It rained again after the afternoon session, and more rain is possible on Saturday.